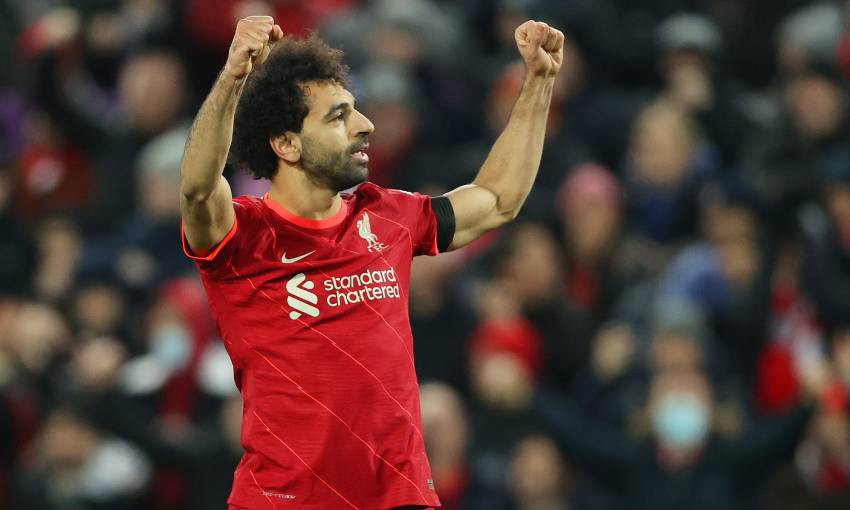 The Egyptian’s spot-kick in the 65th minute broke the visitors’ resistance in a hard-fought affair after he had been brought down in the area by Tyrone Mings.

Villa, under the management of Reds’ legend Gerrard, had stood firm prior to the strike, though were grateful to Emiliano Martinez for his work between the posts in foiling their hosts.

After affording several senior members of the squad a rest during the midweek victory over AC Milan in Italy, Liverpool made seven changes for the visit of Villa, with only Alisson Becker, Salah, Sadio Mane and Alex Oxlade-Chamberlain retaining their places in the starting line-up.

Divock Origi was absent due to a sore knee, but Diogo Jota was fit enough to be named on the bench.

Gerrard’s return to Anfield for the first time had dominated the pre-match headlines – and the legendary former midfielder was warmly greeted by home supporters prior to kick off as the stadium also paid tribute to another icon in Ray Kennedy, who passed away recently.

Once under way, focus inside the ground quickly shifted to Liverpool attempting to record a seventh straight victory in all competitions and remain hot on the heels of Manchester City at the Premier League summit.

Ten minutes had elapsed when the Reds mustered their first significant threat –Salah dummied Andy Robertson’s low ball across the edge of the area, allowing Trent Alexander-Arnold clear sight of goal. But his drive was deflected behind by Matt Targett’s flying block.

Next, Robertson’s stooping header at the back post from a Jordan Henderson centre was kept out by Martinez’s strong right hand low down before Oxlade-Chamberlain clipped a couple of inches over the crossbar from just outside the box.

Villa’s goalkeeper was then needed to thwart a looping Joel Matip header as the hosts continued to apply pressure to their guests, though the Reds survived a scare when Ashley Young hoisted a bouncing ball over Alisson Becker, but could not direct towards goal.

With half-time looming, only a last-ditch clearance from Marvelous Nakamba prevented a certain Liverpool goal after Robertson had taken out Martinez with a cross into the six-yard box. The ‘keeper then denied a trademark Salah run and strike as Villa held out until the interval. 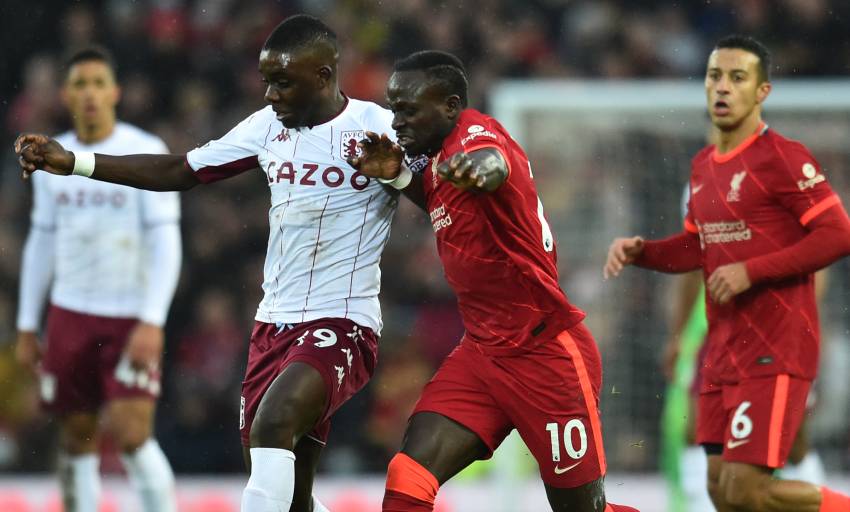 The Reds resumed their interrogation of the visiting defence after the break. Tyrone Mings denied Salah from another Robertson cut-back before Mane’s follow-up was blocked.

Then, on 53 minutes, the home team fashioned their best opening of the afternoon so far when Virgil van Dijk planted a header goalwards from Alexander-Arnold’s corner, only for Martinez to palm it over the bar.

The pressure was growing – and shortly before the hour, Jota was dispatched from the bench in place of Oxlade-Chamberlain.

Salah curled an effort over and Jota’s swipe goalwards was blocked by Mings, but Villa were hanging on to the goalless scoreline.

Then, on 65 minutes, Gerrard’s side’s hopes of taking something back to the Midlands were put in jeopardy when Mings felled Salah inside the box, leading referee Stuart Attwell to point to the spot.

It was the Egyptian who stepped up – and made no mistake with an unerring low finish to Martinez’s left. It was a goal that equalled the club record of the team scoring in 31 successive matches, which was last achieved in 1958.

Villa threatened in the final stages – most notably when Danny Ings went to ground under a challenge from Alisson with the goalkeeper on the edge of the box.

Jota spurned the chance to make the final seconds less uncomfortable for Liverpool, but nudged over when under pressure inside the box.

Nevertheless, Klopp's men saw it out to clinch three further points in their quest to reclaim the title.