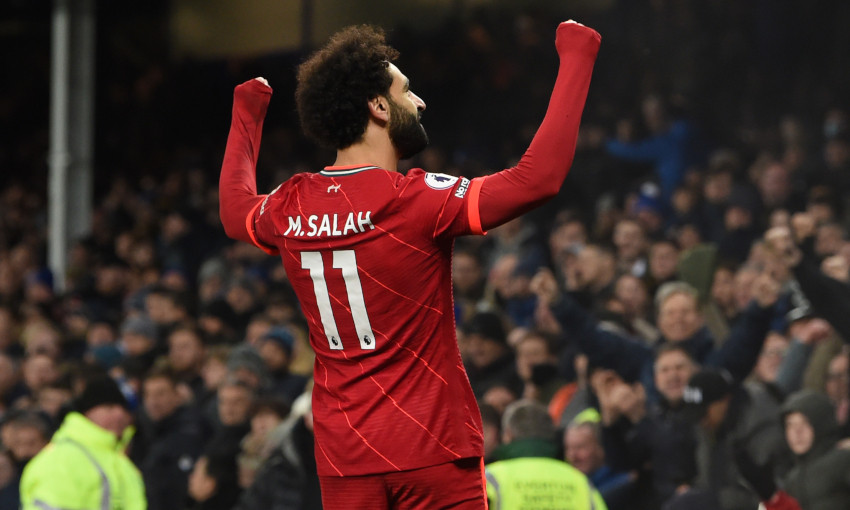 Mohamed Salah stressed his main target is trophies after increasing his season tally to 19 goals in Wednesday's 4-1 triumph against Everton.

The No.11 bagged the Reds’ second and third strikes of the night at Goodison Park, efforts sandwiched by sumptuous finishes from Jordan Henderson and Diogo Jota to secure a memorable Premier League victory.

And as he reflected on the emphatic win post-match, Salah insisted his objectives for the campaign are based on silverware first and foremost.

Asked for his goal targets, the Egyptian told Amazon Prime: “Hopefully many more! My first target is to win something with the club: Champions League, Premier League, hopefully both. That’s the main target for everyone.

“It’s a great result. To come here and win the game, play good football and score four goals is unbelievable. It’s something positive we take from the game.”

Jürgen Klopp’s side were 2-0 up inside 19 minutes across Stanley Park as Henderson delightfully curled in the opener and then released Salah to convert past Jordan Pickford too.

Demarai Gray gave the Blues hope shortly before the break, but Salah pounced on a Seamus Coleman error to net the visitors’ third and Jota’s turn and finish put the contest to bed. 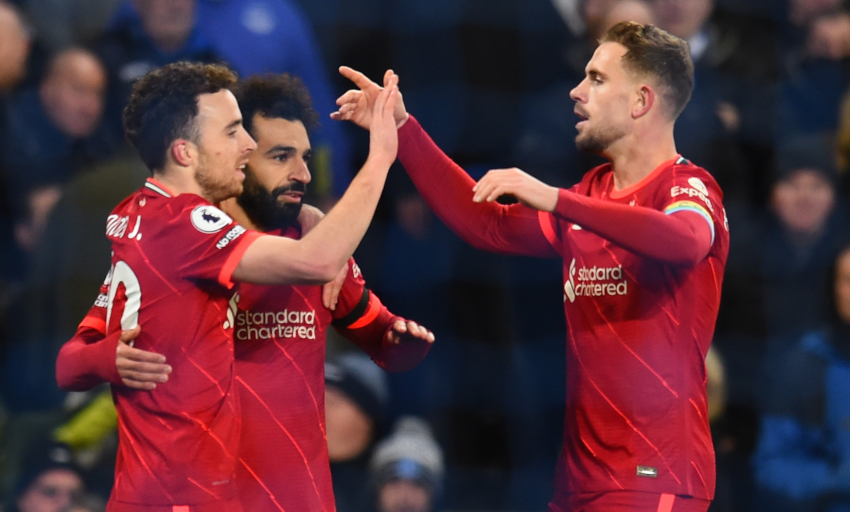 “The message from the manager was: they’re going to play physically strong, going to go and challenge 100 per cent for every ball,” explained Salah.

“We just need to play our game and just keep the ball, and try to create good chances, which is what we did.”

The Reds are averaging more than three goals per match in the Premier League so far this term, with their quartet versus Everton increasing the total to 43 in 14 fixtures.

Quizzed on the reasons for the team’s prolific form, Salah said: “I think we know each other more now, we are together for five or six years. Last season we had a few injuries. The season before we were playing really well, we won some titles together.

“The only thing I can say is we know each other very well now and we try to help each other in the games to score more goals and win games.”