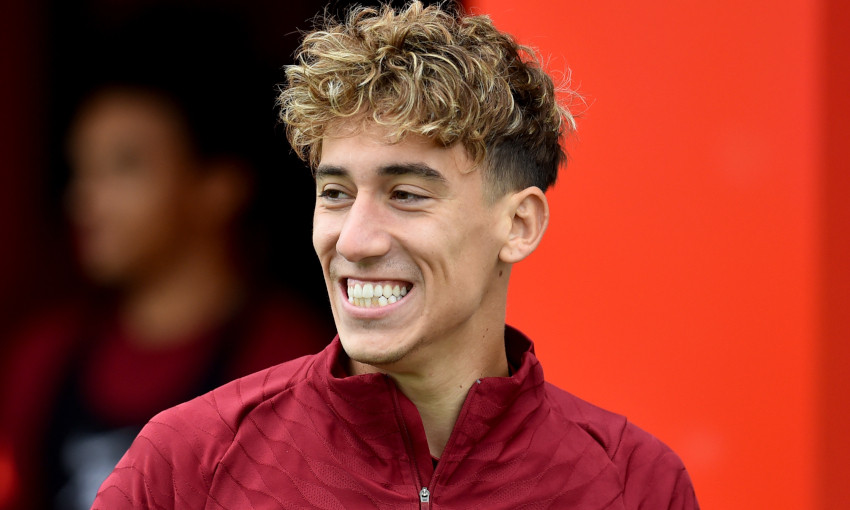 Kostas Tsimikas has no doubt his strong relationship and healthy competition with Andy Robertson is driving both left-backs to produce their best.

After a debut 2020-21 season at Liverpool that was afflicted by injuries and COVID-19, Tsimikas has gained more regular opportunities in the team this term – with Wednesday’s 2-0 Champions League win over FC Porto his eighth start.

Robertson has begun the other 11 of the Reds’ fixtures in all competitions as the manager has taken the opportunity to share the duties more than was possible in the last campaign.

Tsimikas is enjoying the need to give his all in the quest for game time and feels the friendly contest to be in the XI is pushing both players in a beneficial way.

“Yeah, it’s very healthy competition,” he told Liverpoolfc.com ahead of Saturday’s Premier League meeting with Southampton at Anfield. “Me and Andy work a lot in training.

“We give absolutely everything to play in the team. In my opinion, it’s very, very healthy; we help each other, we are very close to each other, if someone wants something he asks the other.

“Always we try to find the best for the team and we work for that. And I’m happy because I have this player next to me and this competition is very healthy.”

Liverpool head into their third consecutive home match on Saturday afternoon buoyed by a fifth successive win in Champions League Group B in midweek.

Despite their status as group winners already being secure, the Reds dug in to emerge from a testing first half against Porto with a victory clinched by goals from Thiago Alcantara and Mohamed Salah.

Tsimikas, who featured for just over an hour before being replaced by Robertson, explained why the team’s mentality meant there could be no drop in performance level, even in the rare case of the result not being paramount.

“We always play for a result. It was a very good game, we won, we achieved what we wanted from the start and we are very happy for that. We want this momentum – to work on it, to keep going, to keep working hard and to win the games.”

Next up for Jürgen Klopp’s men is a 3pm GMT kick-off against a Southampton side sitting 13th in the Premier League table after a 2-1 defeat at Norwich City last weekend.

In the immediate aftermath of Wednesday’s European tie, the boss warned of Liverpool needing to recover quickly for the challenge of Ralph Hasenhuttl’s Saints being a ‘proper pressing machine’.

Tsimikas concurred with those sentiments as he outlined the players’ desire to follow up the impressive 4-0 rout of Arsenal last time out in the Premier League.

“It was very important for all the boys, for the team, to start building again this winning spirit. It was very, very important,” the No.21 said of the victory versus the Gunners.

“We won 4-0, everybody was confident, we saw on the pitch what we are working for all the week. We showed it and we won the game. We will try to do this also this Saturday.

“Every game in the Premier League is very tough. Southampton are a very good team, they defend all together, they run like crazy – a very physical team.

“But we have to stick to our plan to play good football and to win this game, as always, and to achieve our goals.”