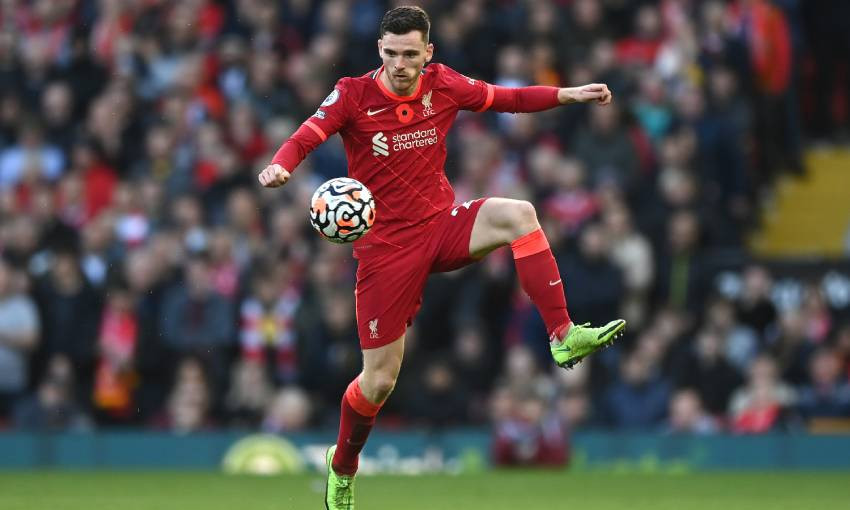 Andy Robertson detailed the frustration inside the Liverpool dressing room after Brighton & Hove Albion came from behind to earn a point at Anfield on Saturday.

The Reds took a two-goal lead in the Premier League contest with Jordan Henderson’s early opener and a Sadio Mane header in the 24th minute.

But the visitors responded and pulled one back prior to half-time through Enock Mwepu, before Leandro Trossard’s 65th-minute finish saw the points shared.

Read on for Liverpoolfc.com’s post-match interview with Robertson…

Andy, there must be disappointment in the dressing room – what are your thoughts on the game?

Frustration. We couldn't have asked for a better start, started playing really good football, scored two great goals, could have had a third with Sadio, really unlucky but that's the rule. Then I just think we let Brighton do what they were good at – what we've been trying to work on all week on stopping them doing. We started letting Adam [Lallana] on the ball, we let Bissouma on the ball, we let them start making runs in behind – and we didn't do that [in the] first half an hour. Then they start getting a wee bit confident. They scored the first goal – I don't know if it was a cross or shot but it goes in the back of the net and you go in at half-time and they're kind of full of confidence. It was important that we try to forget about what happened in the last 10 minutes and try to put it right, and we didn't do that. I think Brighton were the better team in the second half, they obviously got the goal that made them equalise and they could have had another one. So, really disappointing when we're playing at Anfield and we're 2-0 up. We expect us to come away with the three points and we've not done that today and that's why it's so frustrating.

You have been full of confidence and that did show in the first half. But it just seemed to fall away after the break...

Yeah, which can happen. When you're 2-0 up in a game, I think over the years so many people have said it's the most dangerous scoreline in football because the next goal is so crucial. When you don't get it, you then have an opposition that believe they can get back on level terms. That's unfortunately what happened here today. But we've got to be better than that, we've got to get our foot on the ball again, we've got to play. I think too many slack passes started going and they were picking up second balls and they were hitting us on the counter-attack, which we also have to stop. Look, there's a lot of things we can look at – good stuff from the first half and maybe not-so-good stuff in the second half. But when you're 2-0 up in this league and it's so competitive, you have to hold on I think.

Now it feels more like a defeat than a draw but you've got Atletico Madrid in midweek now...

The dressing room just now feels like a defeat, of course it does. Being 2-0 up and giving away a lead is never nice but we've got another game so quickly around the corner. We know what's at stake, we know if we win we'll secure a place in the last 16, which is incredible with the group we've got and through the minimum games we could have. So that has to be the aim but we have to play a lot better than we did today. We need to be a lot more consistent in what we do and if we do that then I believe we can get a result. Hopefully it's another special night at Anfield with the fans right behind us.