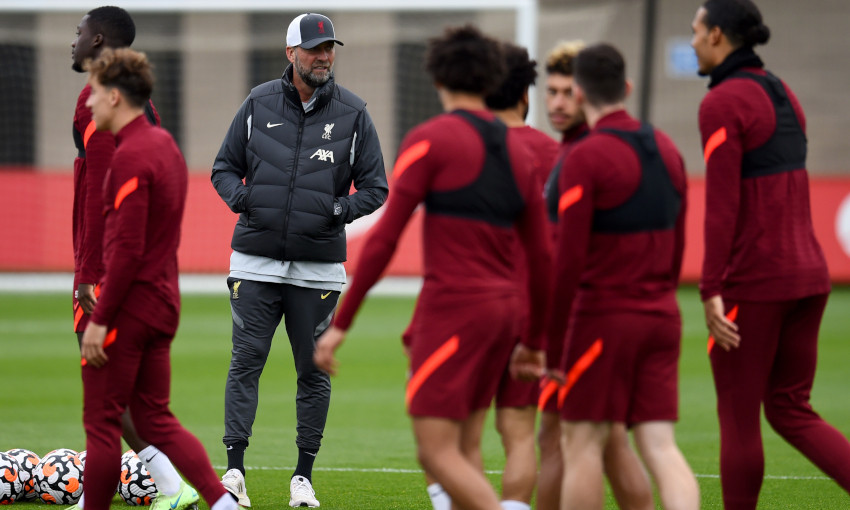 Jürgen Klopp must make at least three changes to his starting XI when Liverpool resume Premier League action at Watford on Saturday.

The Reds will be without Alisson Becker, Fabinho and Curtis Jones for the lunchtime kick-off at Vicarage Road.

Having been part of the Brazil squad that faced Uruguay in the early hours of Friday morning, Alisson and Fabinho are not returning to the UK for the match but instead travelling directly to Spain ahead of next week’s Champions League clash with Atletico Madrid.

“We’ve known it for a while, we made our decision a while ago,” said Klopp at his pre-match press conference.

“We had to sort quarantine issues and all these kind of things, so the decision we made is the boys will not be here – they will go directly to Madrid, wait there for us and then hopefully be able to play against Atletico.

“They will come back slightly later than us, 10 days [is] over then and then they can come back and are in our normal procedure again and that’s it.”

Jones, meanwhile, is unavailable to face Watford having picked up an injury on international duty for England U21s. Thiago Alcantara also remains sidelined with a calf issue.

Klopp is boosted by the return of Trent Alexander-Arnold, however – the full-back is fit and ready to feature after missing Liverpool’s previous two fixtures.

Diogo Jota, who did not participate in Portugal’s two matches during the international period, is also in contention for the Reds versus the Hornets.

Claudio Ranieri will select his first Watford line-up this weekend after being appointed the club’s new manager during the international break.

The hosts are assessing Joshua King’s availability for the game. The striker sustained a minor knee ligament issue against Leeds United last time out but has returned to training this week.

Christian Kabasele and Francisco Sierralta both picked up hamstring injuries in that game at Elland Road and are not set to be involved for the visit of the Reds as they continue rehabilitation.

Nicolas Nkoulou, who joined Watford on a free transfer last week, is not yet in contention, confirmed Ranieri.

“We play against one of the best teams in the world. That’s OK,” said the new boss. “We are ready, I am ready and also my team is ready. It will be a battle, and we will battle.”