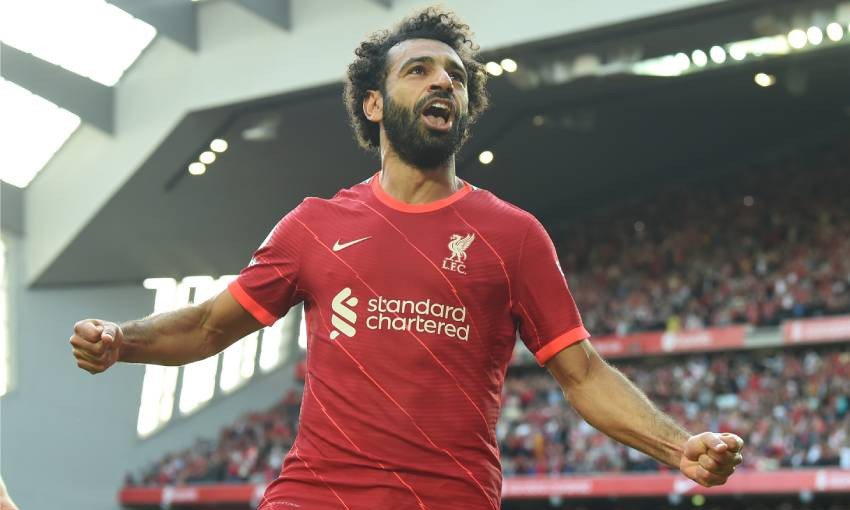 Jürgen Klopp declared Mohamed Salah one of the best goalscorers he has ever seen in football.

Liverpool's No.11 scored his 100th Premier League goal earlier this month and now needs one more finish to enter the club's top 10 list of all-time scorers.

Asked how Salah compared with Lewandowski, the Reds boss responded: "Mo Salah is absolutely up there with him – there's no doubt about that.

"Mo is a goal machine, definitely. His professionalism is absolutely second to none. He does absolutely everything to be always fit, to stay always on track – first in, last out, all these kind of things. So, that's Mo.

"On top of that, apart from his technical skill set and all these kind of things, he's desperate to score goals and that's helpful as well. That's exactly the same like it is with Lewi, and that's good, very helpful.

"Whatever you do on the pitch, whatever you create, whatever you initiate, you need somebody who brings the ball over the line or in the back of the net – and Mo is absolutely there with the best I ever saw, he knows that. The numbers he has are insane.

"I'm obviously blessed to work with some good players during my career."

Salah, who moved to Anfield in the summer of 2017 from AS Roma, is currently on 130 goals for Liverpool in all competitions from 209 appearances.

You, the fans, keep me going. You give me more strength than I think you’ll ever know. https://t.co/HgNx8YbTtS

On those statistics, Klopp added: "What can I say? Did Mo expect when he arrived here that he can achieve these numbers? Maybe yes!

"But he made massive steps since he arrived here. We played some really good football, which helps as well [in] scoring goals.

"Obviously the team developed in the right direction and Mo had a massive impact on that obviously. And all the rest, I don't know.

"Nobody should expect these kind of numbers because you never know what can happen. We have to stay fit and everything needs to go in the right direction, so that's all true.

"I could not be more positive about the things Mo achieved so far already, but obviously we are much more concerned about what can be achieved in the future, and we are in that season.

"He works hard, adapted to some changes we made in our set-up in the way we play really well, enjoys it. So, that's all good, all positive. Nothing else to say."