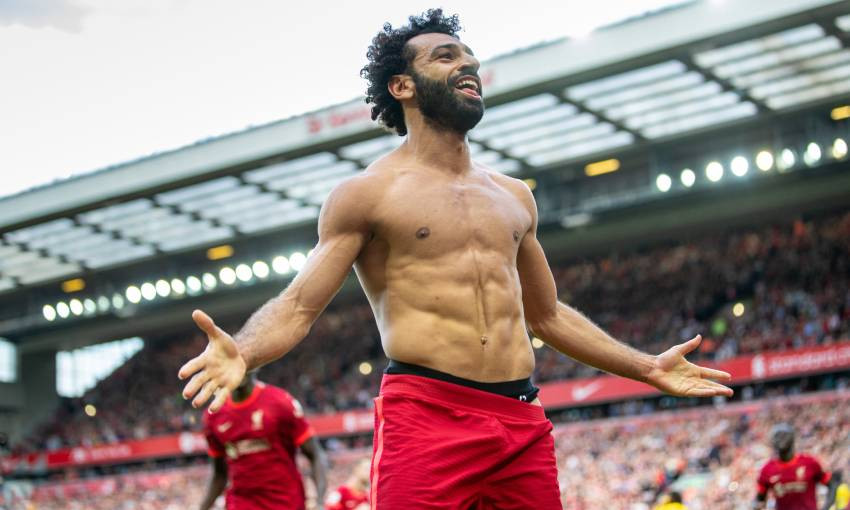 Mohamed Salah's next goal will see him become Liverpool's 10th-highest goalscorer outright of all time.

The Egyptian is currently level with Sam Raybould on 130 goals for the Reds and can reach another significant milestone by scoring at Brentford this evening.

Read on for more facts and figures ahead of the encounter with the Bees...

You, the fans, keep me going. You give me more strength than I think you’ll ever know. https://t.co/HgNx8YbTtS

Salah needs one goal to become the 13th player to reach the milestone of 100 league goals for Liverpool. Of these previous 12, only one overseas player has accomplished it (Gordon Hodgson), while Salah could be the first from abroad to net 100 for the Reds in the Premier League.

The No.11 has scored 17 goals in his last 21 Liverpool away games in all competitions.

Liverpool could today record the 800th away league victory in their history.

Joel Matip could make his 100th Premier League appearance for the club.

Jürgen Klopp's men have kept five clean sheets in seven league and cup games this season, and are yet to concede a second-half goal in the campaign.

Should he net against Brentford, James Milner will become the fifth-oldest player ever to score for the Reds (aged 35 years, 264 days) and the fourth-oldest in the league.

This is the first meeting of the clubs in the league since 1946-47 when a 1-1 draw was played out at Griffin Park.

Liverpool are unbeaten in the last 15 Premier League games – 12 wins and three draws – taking 39 points from a possible 45.