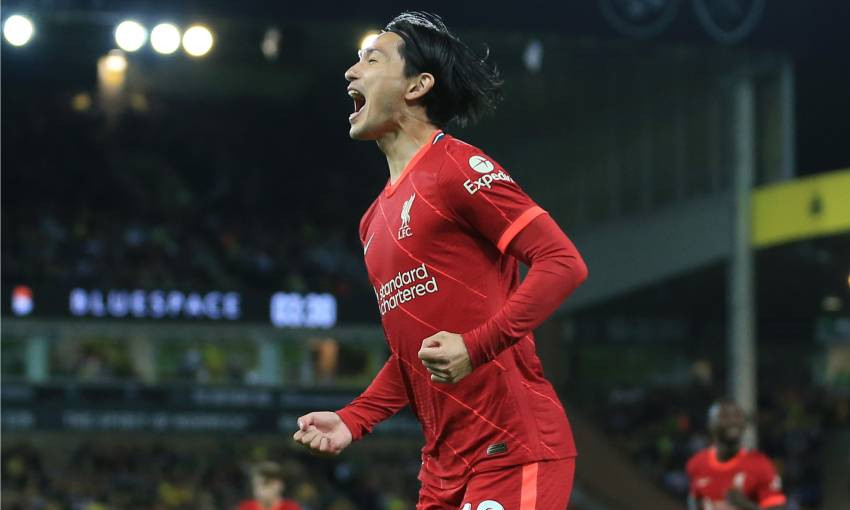 Liverpool advanced to the fourth round of the Carabao Cup with a 3-0 victory over Norwich City on Tuesday night.

Takumi Minamino's brace and a Divock Origi header saw the Reds emerge the victors in the third-round tie at Carrow Road.

Here are five talking points from the contest...

Into the fourth round

Exactly 38 days since opening the season at Norwich and with only three players starting both matches, Liverpool still produced another ruthless, clinical display en route to victory.

Only Ibrahima Konate and Kostas Tsimikas retained their places in the XI following the win over Crystal Palace, but there were no signs of lack of rhythm or cohesion whatsoever.

Four minutes was all it took to establish a lead and, for the most part, the much-changed Reds were in complete control.

Different personnel but a similar result away from home – Jürgen Klopp's side have now won four consecutive away games with a 3-0 scoreline.

Minamino deservedly claimed the Man of the Match award and a unique record to boot.

His goals – the early opener and an 80th-minute finish – mean he's now the first ever Red to net each of his first six competitive goals for Liverpool all away from Anfield.

The No.18 started off in the front three before a half-time tactical switch moved him into midfield, with Klopp keen for him to 'connect the game'.

It was a brilliant return to action from the versatile 26-year-old after suffering an injury with Japan during the recent international break.

Now he just needs to open his account at Anfield.

Three Academy prospects were given opportunities to show what they can do – and all successfully took their chance.

Kaide Gordon, Conor Bradley and Tyler Morton – all of whom were born after the Reds' League Cup triumph over Birmingham City in 2001 – will never forget their visit to Carrow Road.

"They all did unbelievable," Joe Gomez, captain for the night, said afterwards. "A special mention to each and every one of them." 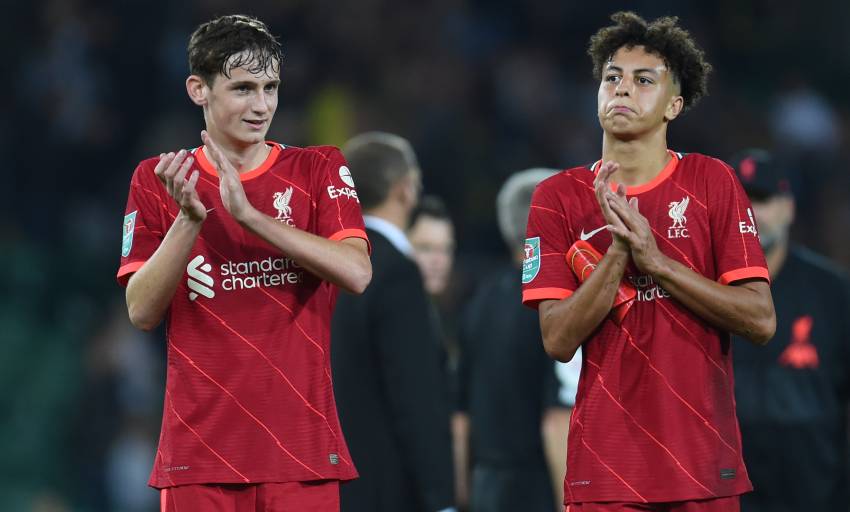 Gordon and Bradley were handed landmark starting berths for the tie.

Gordon, 16, is now LFC's fifth-youngest ever player, while Bradley became the first Northern Irishman to appear for the club since Sammy Smyth in April 1954.

Morton, meanwhile, replaced Naby Keita at half-time to display composure and bravery in the centre of midfield.

Brilliance between the sticks

Who knows how the rest of the game would've fared without Caoimhin Kelleher saving Christos Tzolis' 42nd-minute penalty?

While diving to his right, the Republic of Ireland international instinctively kicked away the down-the-middle spot-kick, with Gomez then brilliantly blocking a follow-up shot to keep it at 1-0.

"I was just happy to make the save," the modest Kelleher reflected.

That moment was the highlight of a shrewd performance from the 22-year-old in goal and with the ball at his feet. 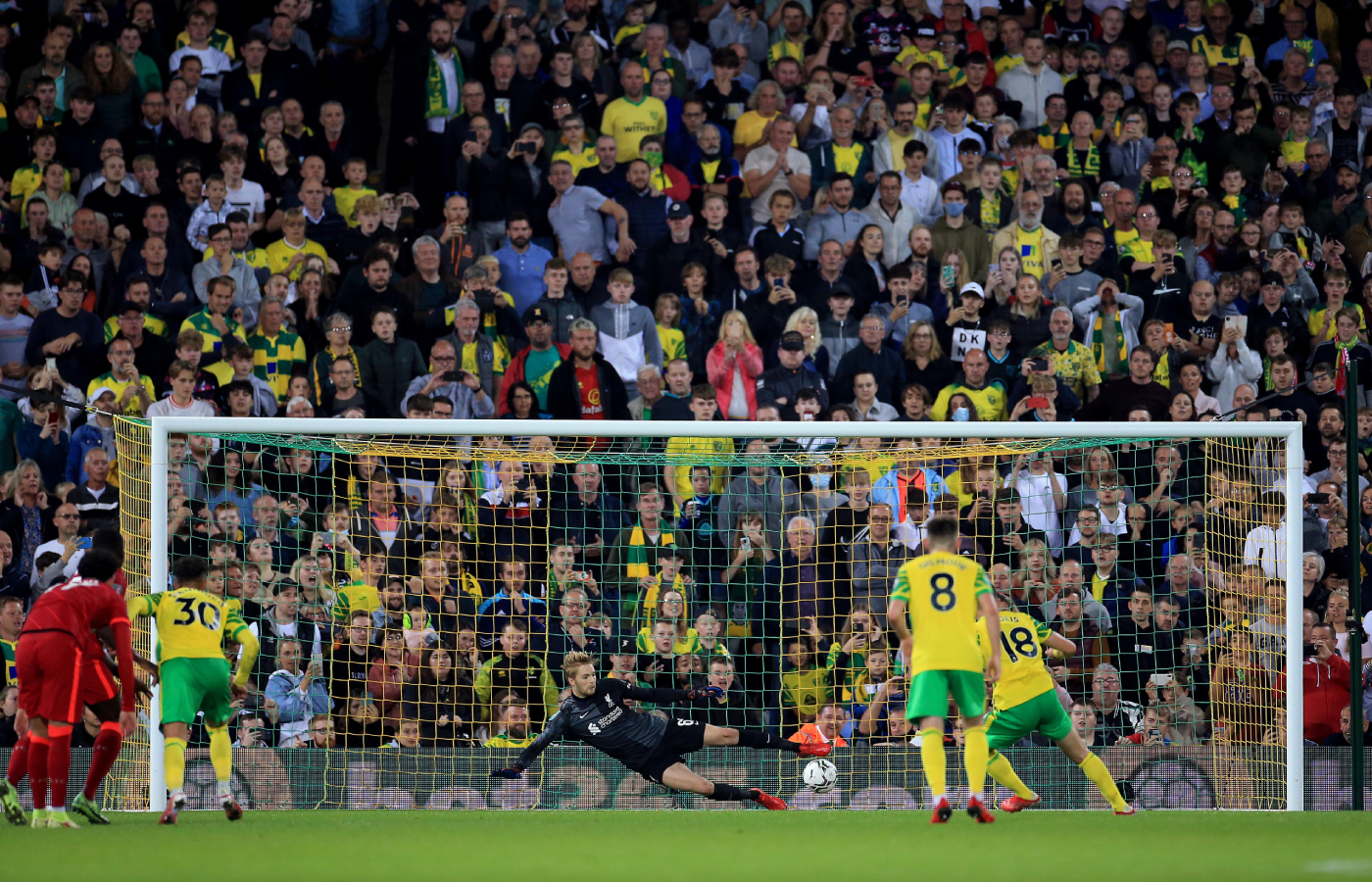 The opening 45 minutes of the match provided valuable experience for Curtis Jones in a new midfield role.

The Scouser was the deepest of Liverpool's three midfielders during the first half, enjoying his anchoring responsibilities.

Morton's introduction pushed Jones further up in the second half, allowing him to display his well-established attacking attributes in what was his 50th appearance for the club.

However, his initial deployment in that No.6 role is certainly something to keep an eye on.

50 appearances for my boyhood club😍, topped with a great result. Well done boys🔥💪 Thank you for your support alway… https://t.co/LdRoG4rCaD