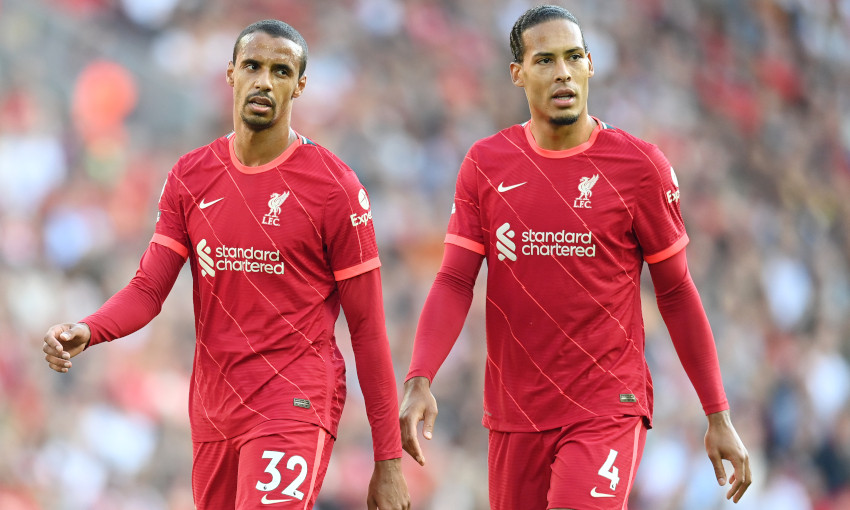 Jürgen Klopp underlined his appreciation for Joel Matip's quality and form as he discussed his centre-back options ahead of the clash with Crystal Palace.

Having returned from a long-term injury during the summer, Matip has started all five of Liverpool’s fixtures so far this season, helping the side to register four wins and three clean sheets.

Asked about the No.32’s form during his pre-Palace press conference, Klopp said: “Look, I cannot help people who don’t see the quality of Joel Matip.

“That’s true, he was a bit unlucky in the past with an injury here and there – maybe not always the most difficult things but he is a big boy, a big player, tall and it can look from time to time a bit edgy or whatever.

“We needed the quality – we have now four, five top-class centre-halves and that’s good to have and necessary. But on that position when you only have two, sometimes they play 10, 12, 15 games in a row. They are maybe able to do that but if we don’t have to, why should we then?

“That’s why we have now the opportunity to make some changes there, and from time to time – not always – we have to make that and hope they all stay fit, then we will be fine in that position for sure.”

Klopp shuffled his options in central defence on Wednesday as Joe Gomez replaced Virgil van Dijk alongside Matip for the 3-2 win over AC Milan in the Champions League.

Quizzed on how likely it is Van Dijk’s minutes will continue to be managed, with the Netherlands captain back after missing the vast majority of 2020-21, the boss said: “I don’t know, I would rather say it’s a short-term thing.

“We are still in, if you want, the extended pre-season – especially for him with the long time out and stuff like this. He was completely fine, he could have played, definitely. It was just, for me, I want to be sensible in these moments now because I have to.

“The quality these boys have is incredible, but now we have to make sure we have always a proper pair on the pitch. For the Milan game it worked really well, but it will not be that I now always do exactly that and say, ‘OK, Virgil is not ready to play for that.’ But I think we are early in the season and it was the right thing to do.”