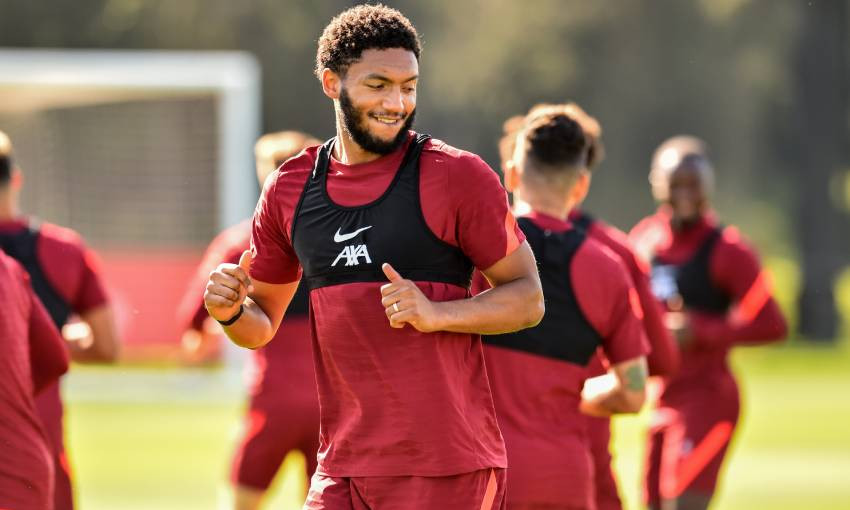 A return to Liverpool's starting XI was a symbolic moment for Joe Gomez after months and months of anticipation.

The No.12 made his first competitive start since November 2020 in the Reds' thrilling 3-2 victory over AC Milan in the Champions League on Wednesday.

It was everything Gomez hoped for and more after his serious knee injury, and he is now setting his sights on the next challenge in front of the team – Crystal Palace at Anfield in the Premier League on Saturday.

We caught up with the centre-half at the AXA Training Centre to preview that encounter – read on for the interview...

Joe, it was your first start since November against AC Milan. How good did it feel to be back out there?

Obviously it was a special moment for me. I spent a lot of months and hours in the gym envisaging being back. To be back under those circumstances – our first Champions League game back with fans since the pandemic – it was a special moment. I think the boys put in a great performance and it's important to get that first three points in the group.

The game itself had pretty much everything as well – what was it like for you being a part of it on the pitch?

It was interesting! Obviously we'd have preferred it being a bit more peaceful at the back! But playing against top opposition like AC Milan, we're going to have our tests and thankfully the boys put in such a good performance that we came through the other side with three points. That's down to the ability of our attacking players and obviously the skipper scored a great goal. Overall, a good night. I think the main thing is the three points and there's definitely lessons to learn from it, but it was a good night's work.

How did you feel about your own individual performance?

Obviously there was a lot going through my mind. There's a lot of aspects to it mentally when you haven't played for so long, a lot of visioning different scenarios. But once you get out there and with the noise and the atmosphere behind you, a lot of that goes out of the window. I enjoyed it. Obviously I've got a lot of gratitude to be back out there. Like I said, it was a moment I waited a long time for, so I really enjoyed the night.

Yours and Virgil's return in the summer got a lot of attention, but Joel Matip came back fully fit, too. You played alongside him against Milan – how impressed have you been with his start to the season?

Joel is unbelievable. He's got so many attributes that, I think, sometimes don't get praised enough. Like you say, he, too, had a pretty long-term injury, and to start the season the way he has and the form he's in just shows how good a player he is. Obviously he's quite a discreet guy and stays a bit in the background, but he deserves all the praise because he's a great person and a top, top player. Like Virg, another one for me to learn from, too. 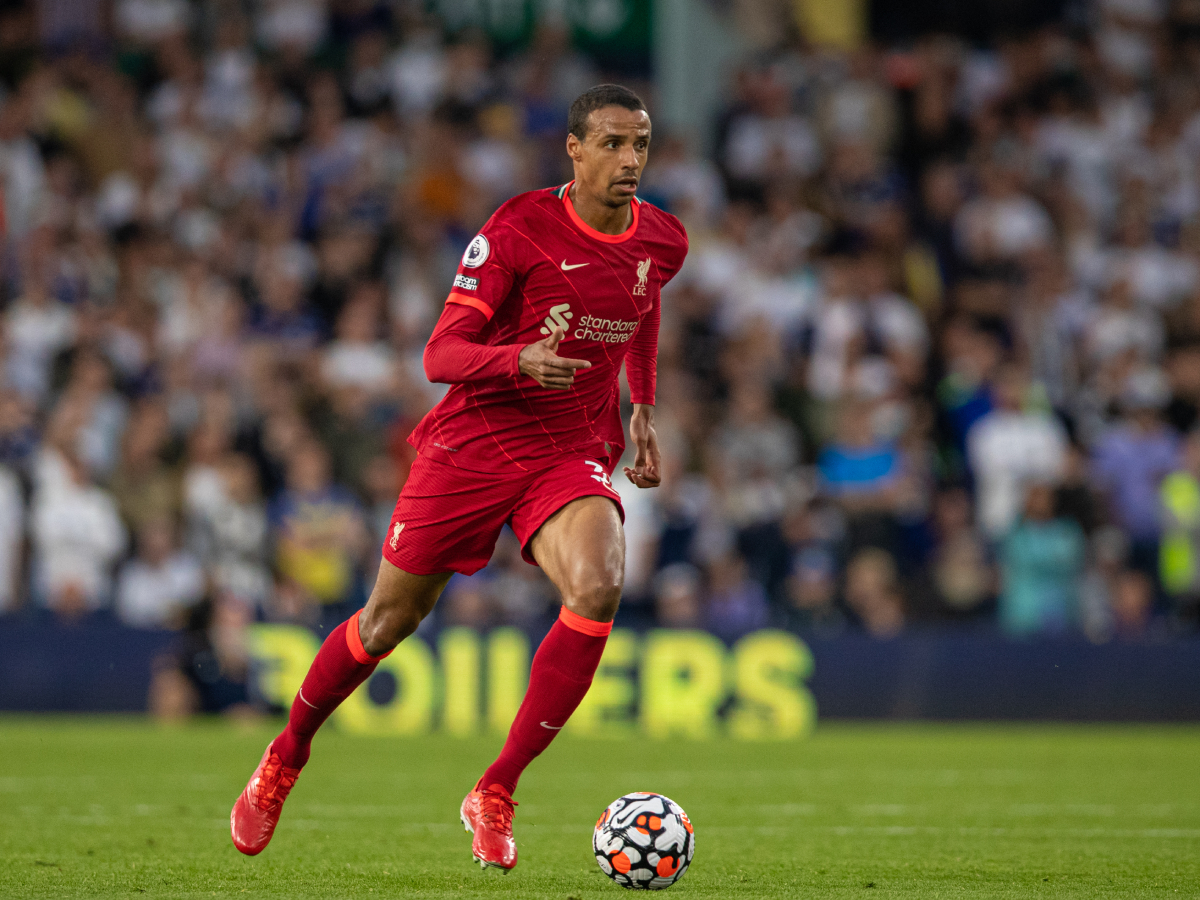 What do you make of Joel's ventures forward with the ball? Alisson called him a 'playmaker' in the build-up to the Milan game...

You look at him at first glance and think he's not going to have the agility or the ability to dribble the way he does. But it's a massive attribute and to be able to step in the way he does – like in the Leeds game – and really dictate play and create chances for us is massive. We bantered a bit because the FIFA ratings, his dribbling wasn't up to par in what I think it is in real life. He's an unbelievable player.

How important is it to follow up the AC Milan result with a strong showing and three points against Palace?

The focus switches straight away. It's a pretty intense period, so there's not much time to get many sessions in between games. But psychologically we have to switch straight away back to the Premier League, and it's no easy task. Palace is never an easy game; they always make it difficult for us. They've got some really good individual players and straightaway the focus turns to that. We obviously want to continue the momentum and carry on from the positive result on the weekend.

What are you expecting from Palace, who had a good result last weekend against Tottenham Hotspur?

Obviously that's going to give them confidence coming into the game. I think that's the nature of the Premier League and, like I said, they've got some great players – the likes of Zaha and so on, real threats. They're going to come to the game with a lot of confidence off the back of that, and rightly so. But it's up to us to continue [the] momentum and carry on the good form.

How would you assess the start to the season so far?

I definitely think it's a positive one. I think there's a good mood among the camp. We're obviously picking up momentum, but we know every game is so important. The last few seasons have shown how critical it is to get maximum points. It's been so tight and down to the wire each year that one lapse in concentration or underestimating your opponent one week can cost you at the end of the title race. We want to be challenging again and that means consistently – week in, week out – being at it. It'll be a tough test. They showed last weekend that they can beat top opposition in Spurs, and we need to be ready to deal with their threats.