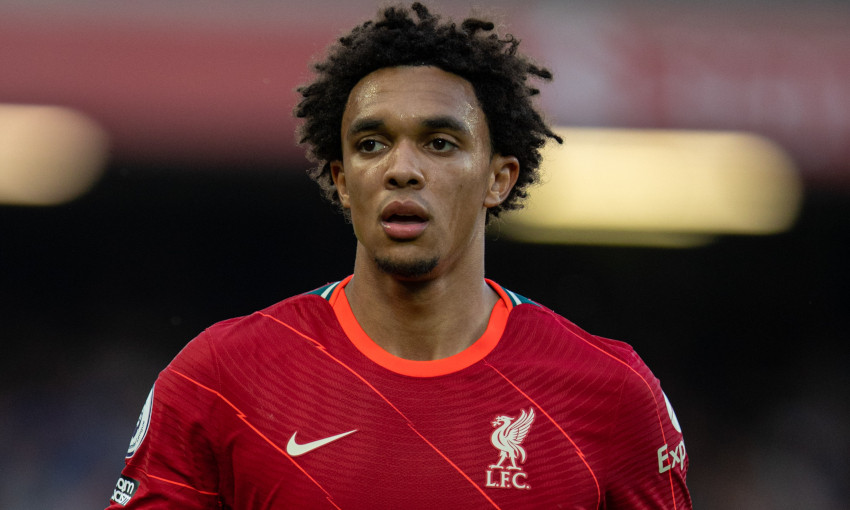 Trent Alexander-Arnold acknowledged Liverpool need to improve and take lessons from Saturday's 1-1 draw with Chelsea in the Premier League.

The Reds were unable to capitalise on a one-man advantage in the second half at Anfield as the visitors saw Reece James sent off moments prior to half-time.

Mohamed Salah netted from the spot following James' handball in the penalty area, levelling the contest after Kai Havertz headed in the opener on 22 minutes.

Post-match, Alexander-Arnold offered an honest assessment of how the game unfolded to Liverpoolfc.com. Read on for the interview in full...

Trent, is the overwhelming emotion at the end one of disappointment?

Yeah, it has to be really. At Anfield, [Chelsea] playing half the game with 10 men, it has to be, no matter who you're playing against. It's disappointing to come away with only a point. There were a few positives to take out of it. We stopped them from really doing what they wanted to do. I think in the first half when it was 11 v 11, they didn't create too many chances. We pressed really well, stopped them from doing what they wanted and dominating the game in the midfield. But at the end of the day, there was a lack of creativity out there.

Did you expect the game to play out the way it did – that it would be one of very few chances?

Obviously preparing for the game throughout the week, it was always going to be difficult to break them down. It wasn't what we anticipated at the end of the day but we always expected a tough game. That's what we got. Still with 10 men, they're a world-class side. It potentially made that even more difficult to break them down. Frustrating. Over the period of the second half it was frustrating to see them going down, wasting a bit of time – that's what you expect from any team with 10 men. But we needed to create a few more chances out there. With the possession that we had, we could have killed the game off and won that game. But it's disappointing really, to be honest.

It was only game three of the season. That rhythm will presumably come as the weeks pass...

Definitely. Obviously the quality we've got in the Premier League, the way teams have strengthened this season, these could be games that we need to win and could regret. But we've got to look forward now, hopefully all come back fit and healthy from the internationals and hit the ground running again because we need to pick up the points again.

It must feel brilliant to be back in front of a full Anfield again...

The atmosphere at times was frightening, deafening really. But it works hand in hand. We needed to perform better to make it more lively with the fans. We've got to put this behind us, learn from what we could have done better and try to improve and keep winning games really.