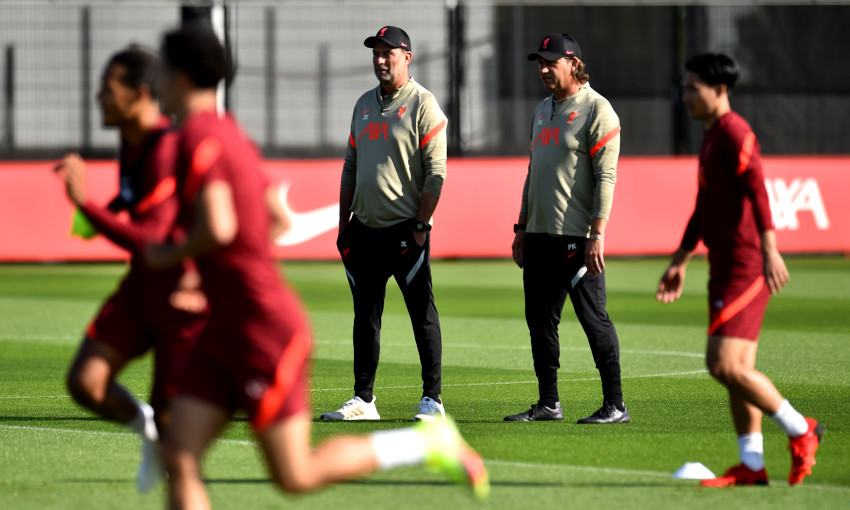 Liverpool must decide whether to hand a return to Andy Robertson for Saturday's Premier League clash with Chelsea.

Kostas Tsimikas has started the Reds' opening two fixtures at left-back in place of Robertson, who has now recovered from the ankle injury he picked up in pre-season.

James Milner, meanwhile, is currently the only member of Jürgen Klopp's squad expected to miss the 5.30pm BST kick-off at Anfield through injury.

"Robbo trained the whole week, of course he [is] in contention, no doubt about that," Klopp told Liverpoolfc.com on Thursday.  "Millie will not be ready – I think that's it pretty much."

If selected, Joe Gomez would make his 100th start for Liverpool in all competitions.

Chelsea boss Thomas Tuchel did not reveal any fresh injury news for the visitors during his pre-match press conference on Friday afternoon.

The Blues expect to have N'Golo Kante available at Anfield after the midfielder made his first Premier League appearance of the season from the bench at Arsenal last weekend.

Hakim Ziyech also returned from a shoulder injury as a substitute at Emirates Stadium, while Christian Pulisic was absent following a positive COVID-19 result.

Kurt Zouma is not currently with their squad due to personal reasons.

"I think any time when you play at Anfield with spectators against Liverpool, it's one of the toughest challenges you can face in European football," said Tuchel.

"After that you are much smarter where you are, what your true capacity and true performance is. It's like this tomorrow. We had a good start, Liverpool had a good start. Tomorrow we will fight from the first minute to get a good result. It will be a huge challenge.

"No result will be a decision for the season but of course we are fighting for it, because this is the challenge where you need to prove, and where we want to prove ourselves."