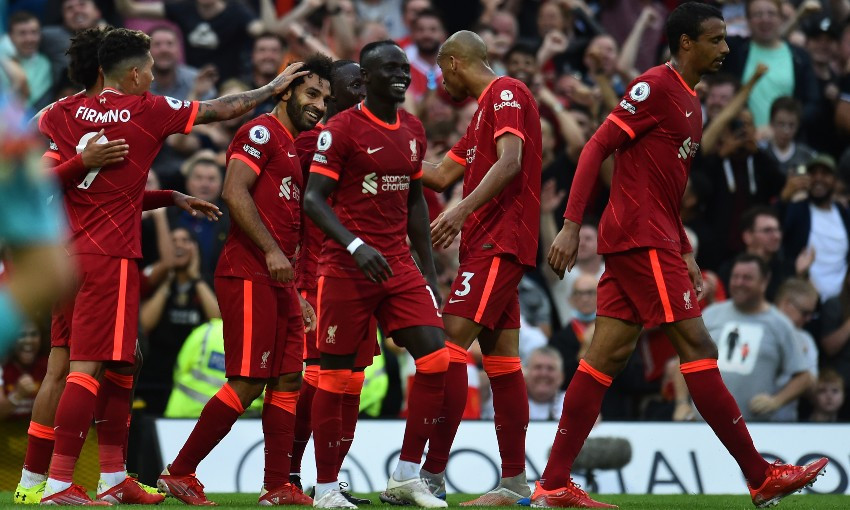 Liverpool got their Premier League season up and running with a resounding 3-0 victory at Norwich City.

Goals by Diogo Jota, Roberto Firmino and Mohamed Salah ensured the Reds began the campaign by collecting three points on their travels on Saturday.

In each of the six opening-day matches the boss has overseen with the Reds, his side have scored at least three times.

Also, in each of the past four seasons Liverpool have gone on to win their second Premier League fixture of the campaign. Let’s hope that sequence is extended next Saturday.

It had been a long time coming.

“Excited, very happy obviously to start the game, to get the three points, win 3-0 away, a clean sheet. Obviously you can’t ask for more,” was how Virgil van Dijk summed up his feelings after making his return to Premier League action.

Some 301 days separated Van Dijk’s previous competitive game with his appearance on Saturday but, alongside the equally assured Joel Matip, his was a performance that belied such a gap.

Nobody on the pitch surpassed the Dutchman’s totals in terms of touches (95), passes (89) or passes in the opposition half (37) as he orchestrated matters from the back.

“There are obviously still many things to improve but we are early in the season,” Van Dijk continued.

“I’m still getting up to speed so these are the only moments where you can really improve as well.”

Breaking records has almost become routine for Salah - and he set yet another new benchmark by netting against Norwich.

When the No.11 crisply struck home Liverpool’s third of the afternoon, he became the first player in Premier League history to score on the opening day of five consecutive campaigns.

His emphatic hit capped a razor-sharp, Player-of-the-Match-winning display that also featured a couple of assists. 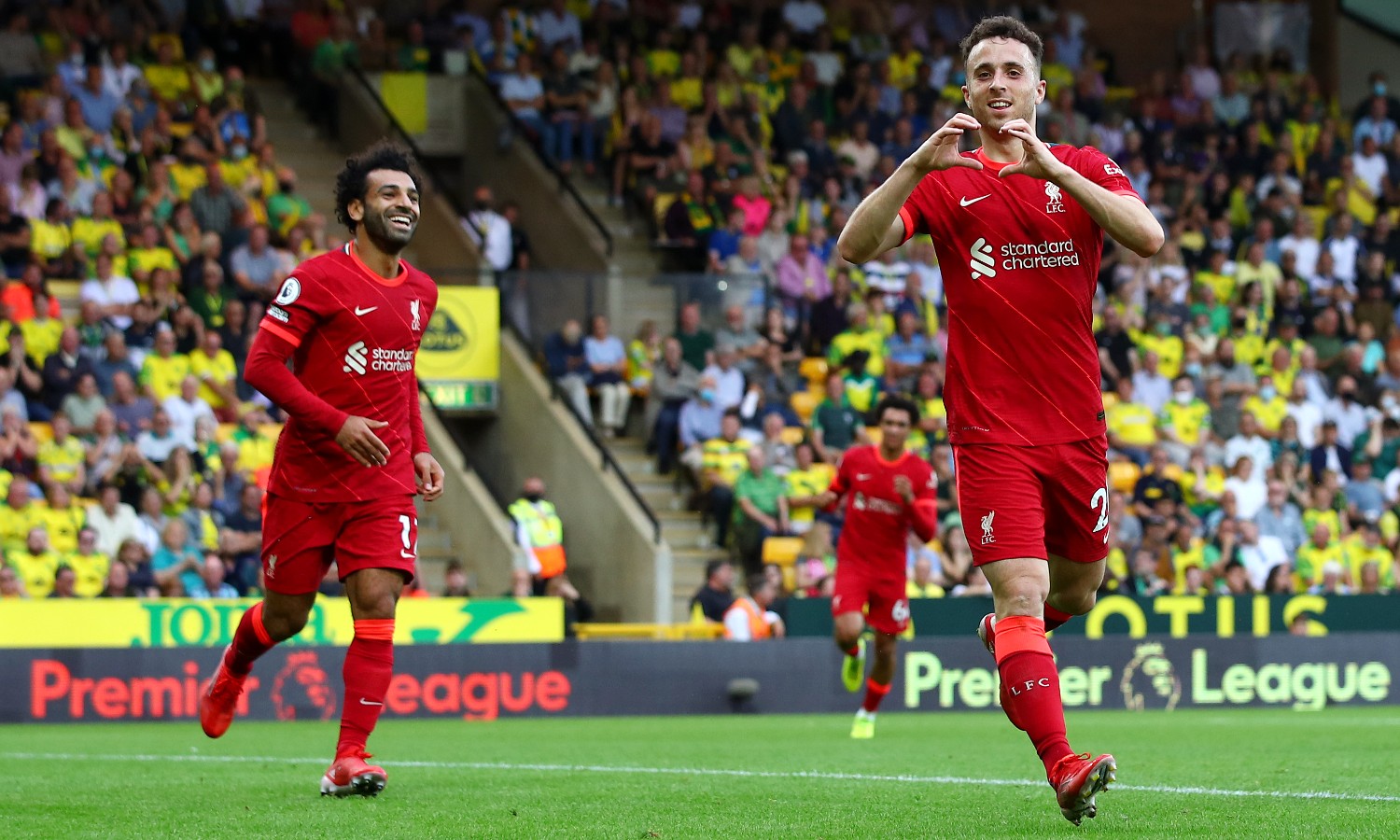 The instinctive, predatory finish Jota produced to put the Reds in front at Carrow Road saw the Portuguese join an exclusive club.

It was his 10th Premier League goal in what was his 20th top-flight appearance for the Reds - and just four players have reached that milestone in fewer matches.

The quartet in question?

Not bad company to keep, Diogo. 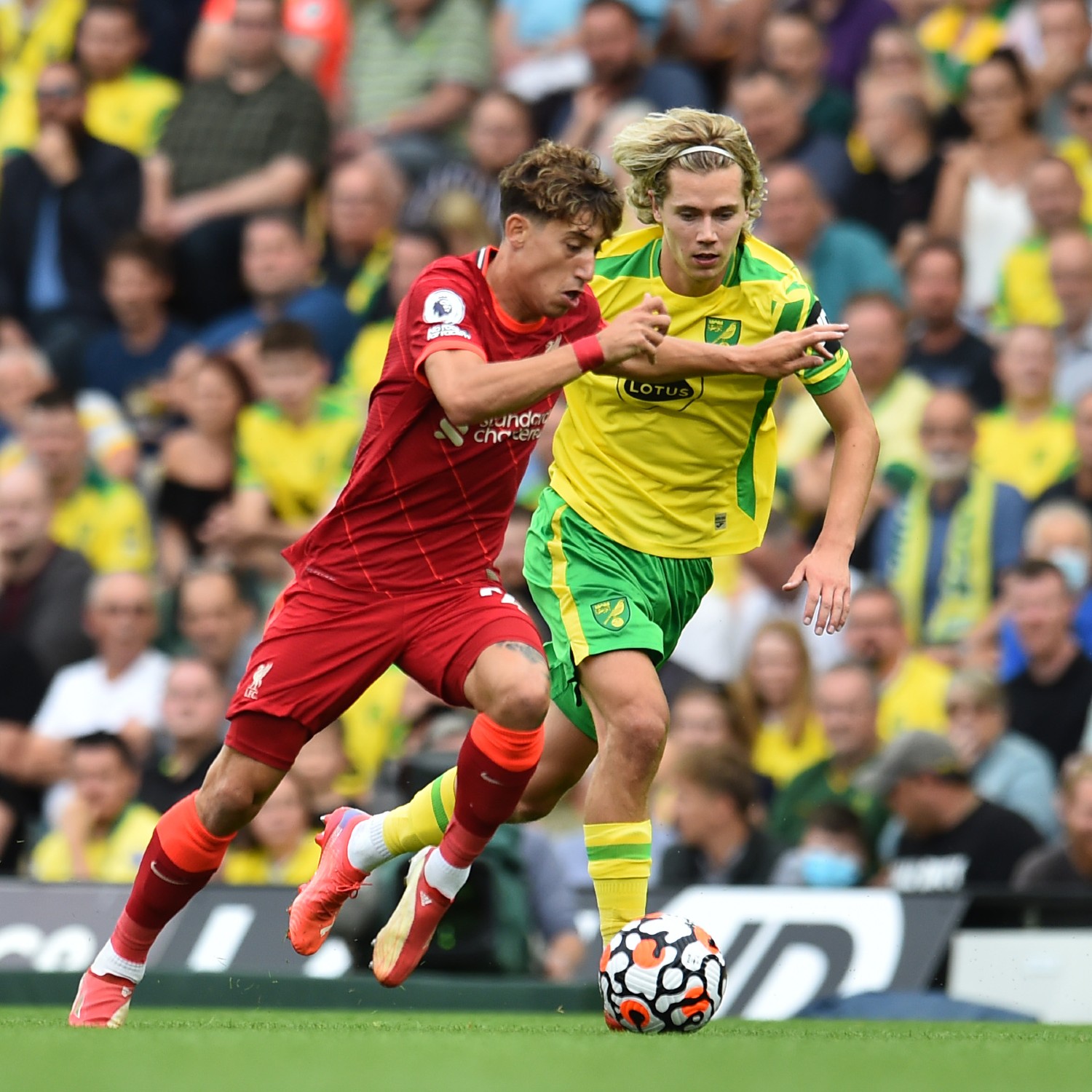 However, the unfortunate injury sustained by the Scot in pre-season opened the door for the Reds’ ‘Greek Scouser’ to start his first top-flight game for the club at Carrow Road.

“Very good, very good. I would say for at least 80 minutes very good, played good, was involved in all the offensive stuff, defended well. Then obviously someone pulled the plug a little bit!” began Jürgen Klopp’s assessment of the left-back’s performance.

“That’s normal after that long period, so it was a really good debut. From the start in an away game, he played a really good game.”

An action-packed display from the No.21 saw him lead the way for his team in crosses (12), duels (15) and clearances (six) and, with Robertson recovering from ankle ligament damage, it appears likely that he will follow up start number one with another when Burnley visit Anfield next weekend.