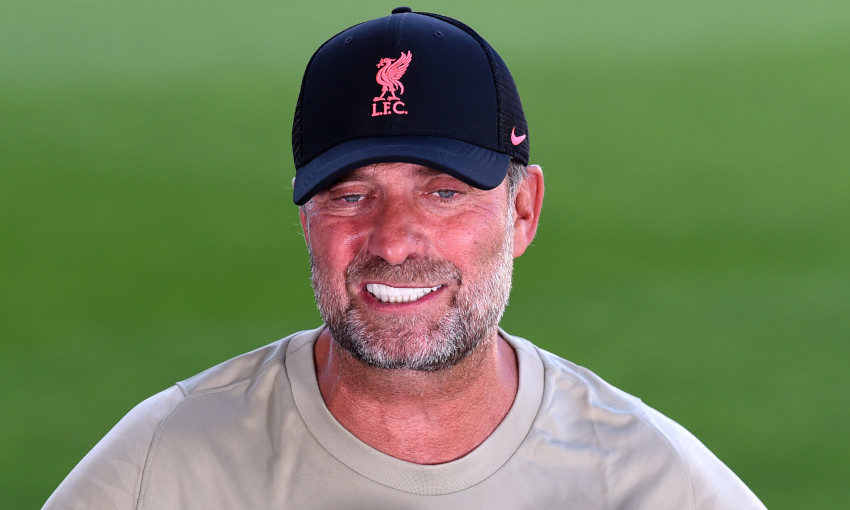 Jürgen Klopp offered his reaction to Liverpool's 4-3 defeat by Hertha BSC in Thursday's friendly and the return to action of Virgil van Dijk and Joe Gomez.

The Reds suffered their first loss of the pre-season in Innsbruck after an entertaining contest at the Tivoli Stadion.

Sadio Mane and Takumi Minamino were on the scoresheet for Klopp's side in the first half, having gone two goals behind inside 31 minutes.

In between Stevan Jovetic's brace off the bench for Hertha, Van Dijk and Gomez took the field for the first time since last year to rapturous applause from the crowd. Alex Oxlade-Chamberlain netted a late third.

Read on for the boss' post-match interview with Liverpoolfc.com... 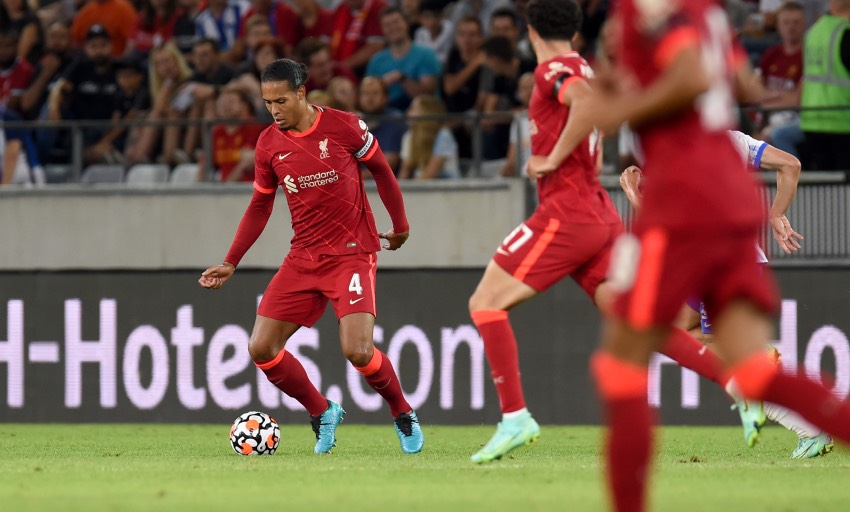 On his assessment of the match...

It's pre-season. So, I prefer winning football games obviously but the goals we conceded tonight were obviously for all different reasons. First goal, unnecessary free-kick, then a tricky situation, Caoimhin knows probably that he can come, stuff like this. Second goal, no challenge from Kostas, ball inside, then worldie. But we were back in the game. In the moment when we started playing the game and not the position, we were in the game and played really good football. 2-2 at half-time, all fine. Then a lot of changes and stuff like this. Jovetic came on and obviously the situation with the cross, Robbo is in the situation but Curt has to be there, two-v-one situation, avoid the cross. When the ball is in the air it's difficult, a little misjudgement from the centre-half, that's it. Then the fourth goal, a counter-attack. It's like it always is but we have to get there again and it's fine. Really good moments. We have to get much more compact in all situations as a formation. We have still a job to do obviously. We are sometimes really too far away from each other and that's why they can play football there and we don't get a proper feeling. A wonderful goal of Ox, our goals were brilliant, we could've scored more. A pre-season game, how I said.

On Van Dijk and Gomez returning...

It was a nice feeling. Started immediately well and usually we all know that the fourth goal is a clear situation which saw and defend well. But that's it. I'm not sure, 260-something days for Virg and not much less for Joe they didn't play football, so it's nice to have them back. It was the first step, really important.

285 days ago, I started on a journey back towards playing. It’s hard to express how I am feeling, but it’s importan… https://t.co/dOusr7dbyO

corner since day one. My teammates for giving me energy and keeping my head up. The fans for their love, support an… https://t.co/CfH3qbYFx3

On heading to Evian after Austria...

Nearly all are back, then during Evian they will pretty much all be back I think. That's good and then we can really start preparing, involve them all, get used to each other again and all this kind of stuff. Then we have a tricky start away at Norwich, that's how it is. They obviously were flying last year, they're probably still flying, so we have to be ready to fight – and I saw glimpses of a fight tonight. I saw the boys want and all this kind of stuff, there's no doubt. All the things I said before the game – that we are in full training all the time. No doubt there was a lot of good things as well but, of course, conceding four is not an option – but for tonight we have to take it.