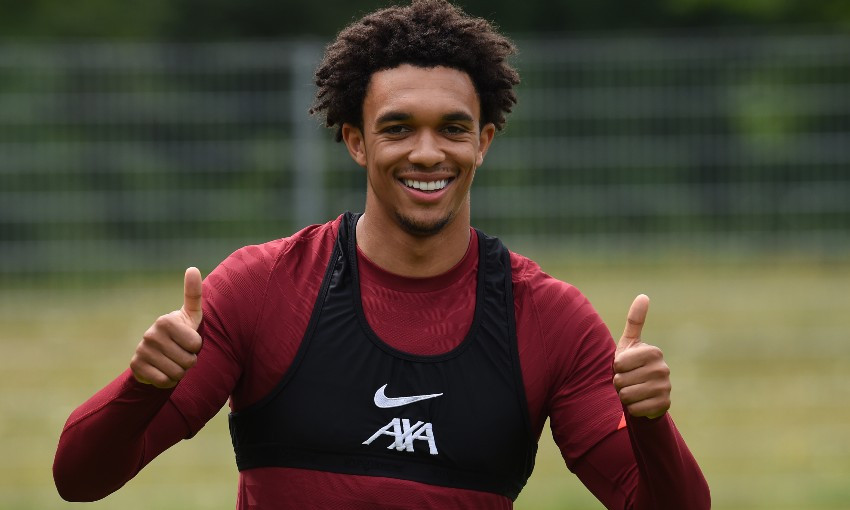 Trent Alexander-Arnold feels fit and ready to play when called upon after recovering from injury.

The Liverpool right-back missed England’s Euro 2020 campaign after sustaining a thigh issue in a pre-tournament friendly but has returned to full training during the Reds’ pre-season programme.

And he thinks playing in Tuesday’s opening friendly matches against Wacker Innsbruck and VfB Stuttgart is achievable.

“[I’m] fully pain-free. I’ve been doing a lot of rehab when we were off over the summer with the physios and the medical staff, which was good for me,” Alexander-Arnold told Liverpoolfc.com at the team hotel in Austria.

“I feel fit, I feel healthy and I’m back in full training now, so it’s good. It’s good for me.

“I’ve done quite a few sessions with the lads now, I feel fit enough to play. But the decision comes from the manager, the staff and obviously the medical staff, they need to talk and see if it’s worth the risk.

“If not, there’s a game on Friday as well, so whether it’s a case of a few minutes on Tuesday and play a bit more on Friday, ease me in like that, who knows? Either way, I’ll be ready to play.” 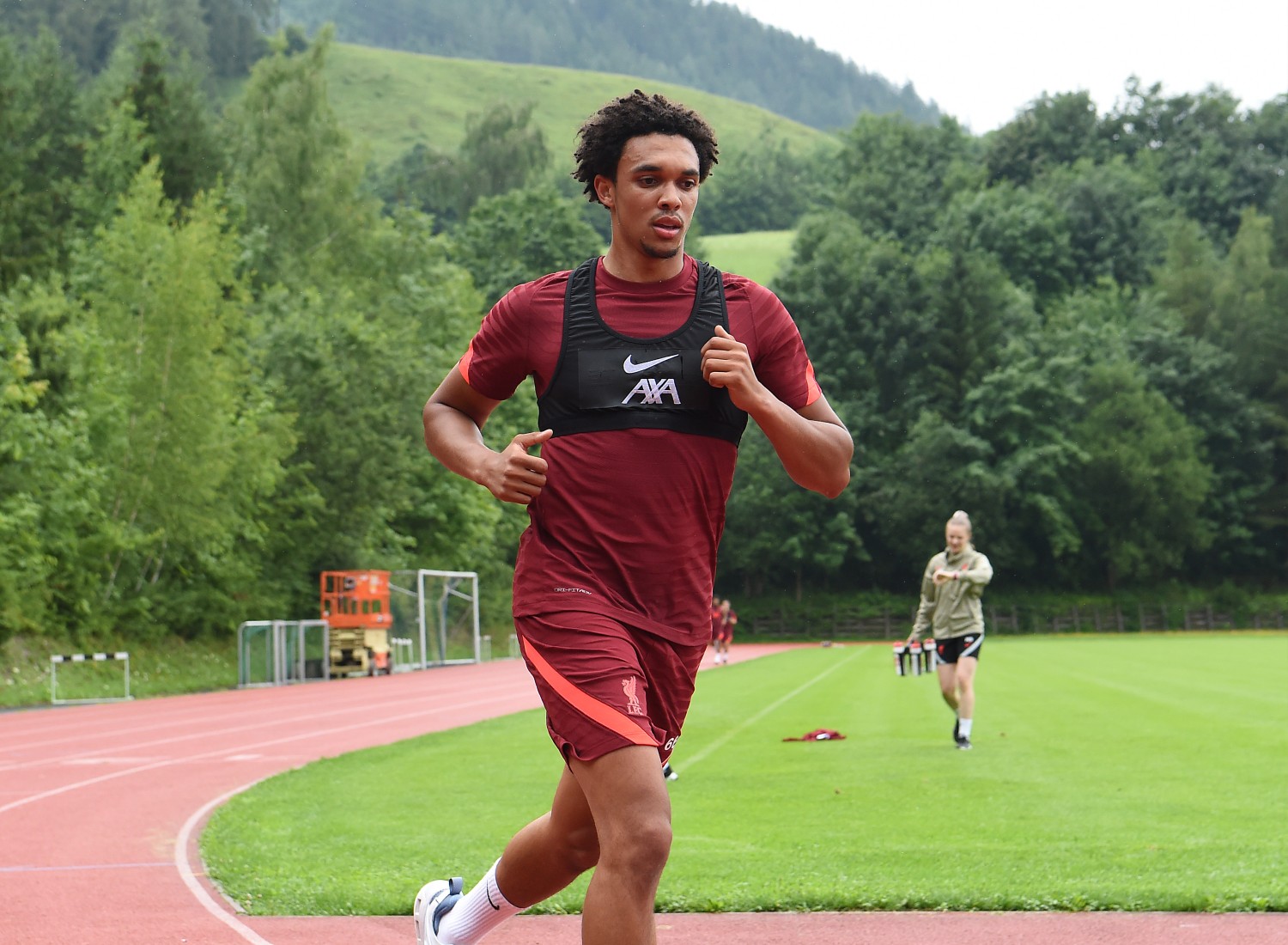 Elaborating on the process of his re-integration into team sessions, the No.66 continued: “If you give me the opportunity at any point to train at 100 per cent I would have taken it.

“But there were still things we needed to do. We needed to finish off the last stage of rehab and make sure we ticked all the boxes before we put me back in.

“And I think we’ve been able to do that. Now, being back in full training with the lads is good. It feels good and I feel good out there.”

The games against Innsbruck and Stuttgart will be played back-to-back and last 30 minutes apiece.

“We’ve got a lot of players out here, a lot of numbers so we’ve got enough players to chop and change and keep the intensity really high, which is vitally important in the early stages of pre-season,” Alexander-Arnold said.

“Try to get as much intensity into the legs as possible and push each other as hard as we can without going too far. So I think that’s the reason behind having the two teams and the shorter time of game: to keep it as short and intense as possible. Kind of like what we’ve been training in the last week or so.”

The Reds enjoyed some hard-earned downtime at their hotel on Saturday night, when all players and staff took part in a quiz that was played out amid a brilliant atmosphere.

“It was difficult over the last season to really have a big gathering with each other with all the restrictions,” Alexander-Arnold noted. 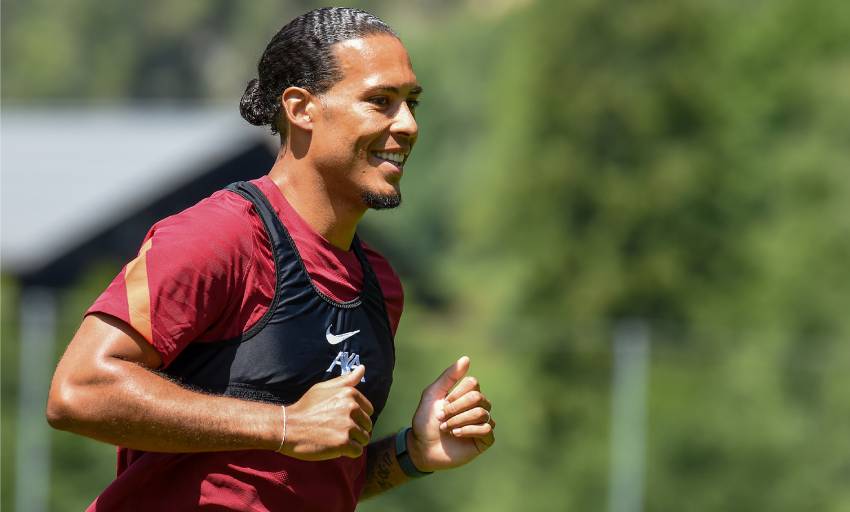 Alexander-Arnold is not the only player to have returned to training this summer following injury, of course.

Joe Gomez, Joel Matip and Virgil van Dijk are also closing in on full fitness, and the 22-year-old was asked specifically about the comeback of the latter.

“In and around the team, he’s such a big difference for us,” he stated.

“Amazing guy, amazing player. But the impact he has on us is huge, he knows that himself and knows the role he needs to play within the team, as a leader and as one of the captains.

“He’s a big part of the team and everyone is really pleased to see him back training and in and around the team.”