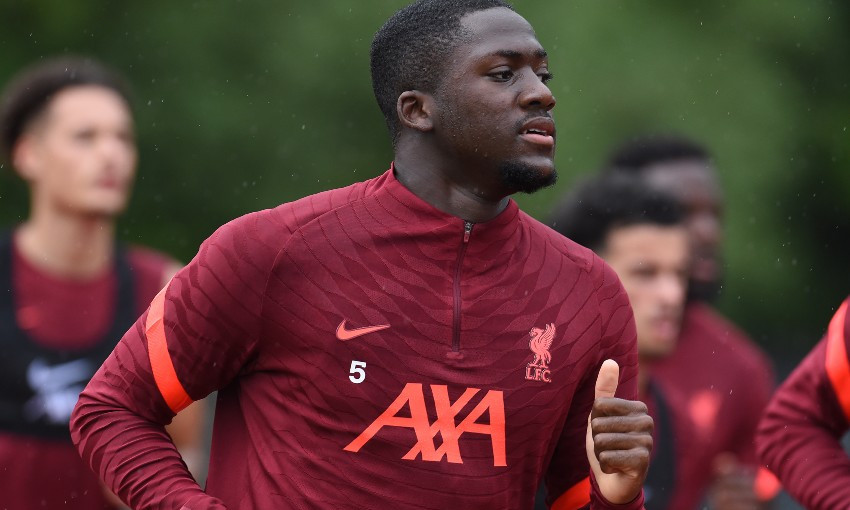 Ibrahima Konate is set to make his Liverpool debut on Tuesday.

The Reds’ latest signing will play when Jürgen Klopp’s team get their pre-season fixture schedule under way with back-to-back 30-minute matches against Wacker Innsbruck and VfB Stuttgart in Austria.

When asked about the plan for Konate’s first appearance for the club, Klopp told Liverpoolfc.com: “Tuesday. He’s had a good rest, had a normal pre-season so far, so yeah, he can play on Tuesday. For Ibou it is important that he gets minutes quickly, that’s what pre-season is for.

“All the people from outside will say there are similarities between Leipzig and us and that is true, but anyway there are differences as well and the similarities are important but the differences are more important because you see that in training. There are some little habits where he is doing different to what we usually do, so we work on that but that’s now not that easy because that’s only six days now.

“So, all fine, completely normal. The first few days are there to realise what is the boy doing when he is not thinking. So, natural stuff. And then from there we start and that’s why he has to play and that’s what will happen. Then we will see how quickly we can get all this information together for him and then everything is fine. For a defender it’s not as difficult as it would be for other players but it’s still a job to do, and that is what we are doing.”