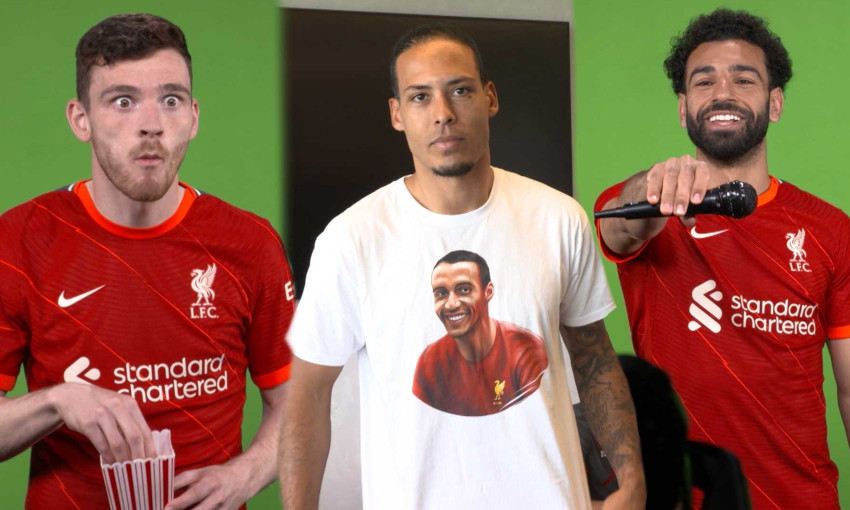 Before concluding the 2020-21 season against Crystal Palace last month, Liverpool's first-team squad took part in a shoot day at the AXA Training Centre to capture content in the club's new Nike range.

Players donned the home and training kits for next campaign as a series of assets were captured to be rolled out across various platforms in the coming weeks and months.

As well as the standard poses and portrait shots, the squad were also asked to help with the creation of a selection of GIFs for supporters to use, including replicating some of the most well-known, widely-used images.

Our cameras were on hand at Kirkby to capture the day as it unfolded from a behind-the-scenes perspective – and you can watch an extended edit of the shoot in the YouTube video below now, which also includes a unique choice of T-shirt from Virgil van Dijk…