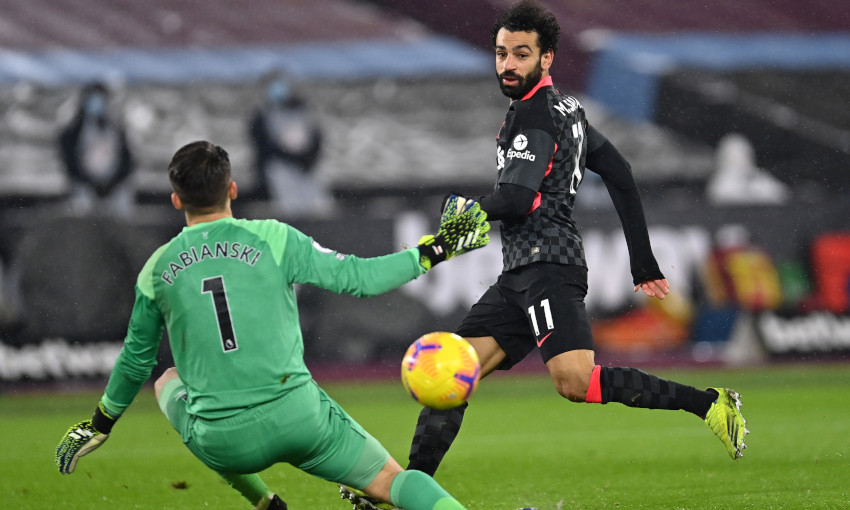 Liverpool's precise counter-attack finished by Mohamed Salah at West Ham United is up for the 2020-21 Premier League Goal of the Season prize.

Seven touches took the Reds from defending a corner to Salah scoring during the 3-1 win at London Stadium in January.

Andy Robertson’s headed clearance was arrowed across the width of the pitch by Trent Alexander-Arnold to Xherdan Shaqiri, who swerved a first-time pass from the left flank into the box.

Salah expertly controlled the ball with his right foot and slotted past the goalkeeper with the outside of his left to seal a scintillating breakaway.

The effort is one of nine in the top flight shortlisted for the Goal of the Season award.

Cast a vote for Salah to win here, with the deadline 6pm BST on Thursday June 3.