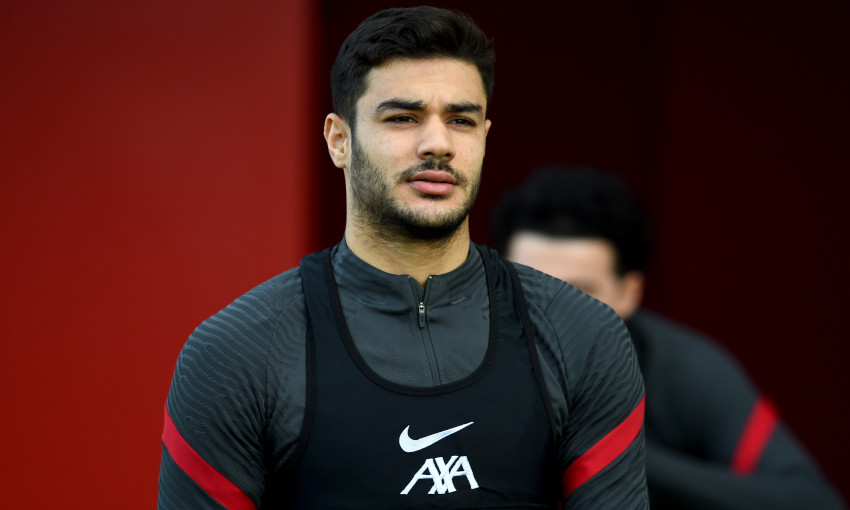 Jürgen Klopp discussed the future of Ozan Kabak as well as Liverpool’s season-defining finale against Crystal Palace on Sunday during a chat with journalists.

Kabak joined the Reds on loan until the end of the campaign from Schalke 04 on deadline day during the winter transfer window.

An injury has prevented him from featuring in the last four fixtures and is also likely to keep him sidelined for the weekend visit of Palace to Anfield – a game that will decide Liverpool’s top-four hopes.

Victory for Klopp’s side should be enough to see them seal a return to next season’s Champions League – and it’d be an achievement to celebrate given the difficulties faced this term, according to the boss.

Read on for a transcript of what he told reporters in the second part of his pre-match press conference on Friday.

Ozan was absolutely incredible, he did a great job and not to forget he is a young, young, young boy with incredible experience already. He was in different clubs, moved early from Turkey to Germany. Played in two big clubs in Germany in difficult situations, which is obviously not his fault. We could all see when he arrived here he needed a little bit of time to adapt. Then he played super games for us; I don’t want to pick any games out, but the two Leipzig games were absolutely incredible if you think how good Leipzig can be. All about the future, we will talk about and will decide about that after the last matchday. There is obviously enough time for that and nothing else really to say about it.

Yes, it means as much to me, it means as much to me. It is clear, we could not have come into this situation if the boys would not have shown this kind of character, their very special character. Life is like this: if you are not performing on your top level, people question your character from time to time. In the moment you stop, you get back on your feet, all of a sudden the character is there – but the character has not really changed. It is just sometimes we suffer from things we don’t have a lot of influence on and that’s why things go the wrong way sometimes, but I never questioned the character or mentality of this team. It was a tough one, it is a tough one, and, again, nobody wants to talk about this season before we play the last game, but that we are in the situation that this game is so decisive is absolutely great news, absolutely great news. It is always like this: if you qualify for a final, everything is perfect but then we have to play the final, so don’t forget that! We experienced both ends of playing a final as a club, as a team, and we want to be on the positive end of this final. For this, we have to focus on the final.

I can’t remember, we were in two or three European finals, you didn’t ask me, ‘Whatever happens on the final day, are you already happy with the way to Kiev, Basel or Madrid?’ I was then and would have said, ‘Yes, happy with that but let’s wait for the final piece.’ That makes all the difference and that’s what we are now thinking about. If you ever questioned the character of the players in the not-so-good periods, you have to ask yourself why you did that. The boys proved it now millions of times that it is not about their mentality or character if something is going wrong.

Look, obviously, a season is a season and you cannot cut off the positive parts from the negative parts and then say, ‘Oh, look at that, nearly there.’ We don’t see it like this. I tried to explain earlier; I said when we lost our centre-halves, all of them pretty much, we broke our leg but we could still win games. Not always with the most convincing football, but we could still win games, we were still scoring and all these kind of things. Then, we had to – and we had to at that time – take midfielders and transform them into centre-halves and that broke our spine. The young boys were not ready to play centre-half, the midfielders had to play centre-half at that time and we lost rhythm, we lost pretty much everything, all of the stuff – but not all of the time. I remember one game in this very negative period, the game away at Leicester. I never lost a game before like that, to be honest. Never. I don’t know exactly the number of games I’ve managed as a coach, but it was so strange. We were, that day, the clear better side, played really good football and lost. So when we had these games, it was then like, ‘OK, you cannot do a lot of things different.’

A football team is like an orchestra or whatever, or something else where plenty of people work together, and if you lose one piece you might, or you can, still do it. But if you lose another piece then it gets really difficult, especially in this league where everybody performs in such an incredibly high intensity level, always. Not always in the best shape and stuff like this, but the intensity of the game is always crazy and it means in that moment you lose contact to the football you want to play or are used to yourself and to the other teams as well. That’s why it happened, so you need time to settle again and stuff like this and obviously we found a way out, which is absolutely great. Whatever happens on Sunday, we found a way out that brought us into this situation.

Weeks ago, it was not clear we would play Europa League, so we’ve achieved that already. That’s not exactly what we wanted but it’s better than nothing, much better actually, and gives you a lot of good games next year. Ask United in the moment if they like the Europa League, they would say yes in the moment, they love to play in the final and have the chance to win it. We already did kind of a job but not the job we wanted to do. As I said before, this year with the injuries we had it was not a year in which you can become champions. No chance for nobody. Take out, as good as they are, the three centre-halves of City. No. Three centre-halves of United. No. For the whole season, pretty much. That’s how it is, it was really strange, but fight back. Accept the difficulties, fight back and make the best of it. If we win on Sunday and qualify for the Champions League then we made the best of it.

I don’t know in how many years we will judge our time here, when we look back and stuff like this, and this is part of our story, part of our history. Definitely. For a long, long time, we thought it looked like this would not be a year we would talk a lot about in the future. But the boys made still something special of it, I have to say. Really special. Yes, of course, that brings you together even more, definitely. Celebrating the big wins together is nice and will stay forever, but going through tough periods makes you even stronger, of course. In that time we didn’t get distracted or however you would say it. Nothing got in between us. Yes, we had our moments, the players were not in the best shape or the best mood, I was not in the best mood, we had all these moments but we always found a way to really stick together. We never blamed each other, we never pointed the finger at each other and said, ‘Because of you, because of you, because of me…’ We always knew, we came here together, we go through this together and we will get stronger out of it. We have to show that next year, obviously, it is a new season and a long period in between but we will give it a proper try to use all the experiences from this year as well.