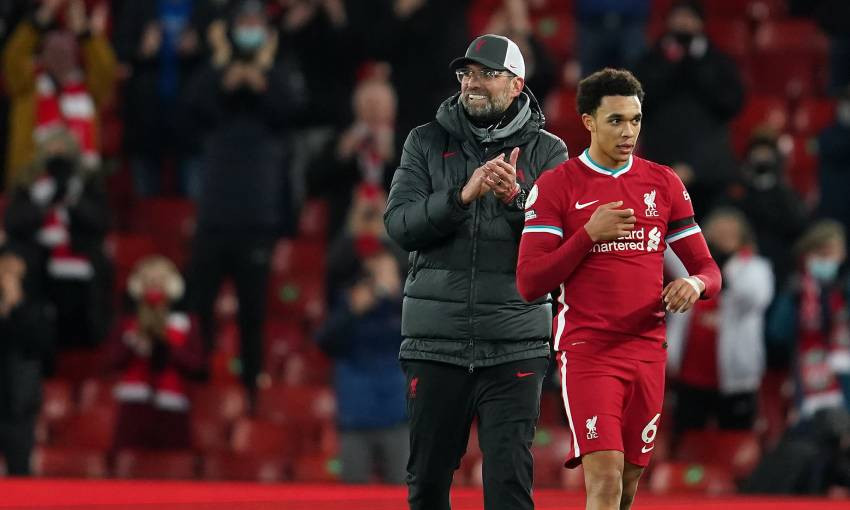 A total of 10,000 Liverpool fans will be inside the stadium for the encounter, which can see Klopp's side secure qualification for the 2021-22 Champions League.

Asked if it was possible to quantify how much their absence has impacted the team, the boss told reporters: "Yes, 100 per cent. That's easy, that's easy to quantify that because nothing was the same.

"I said it millions of times that I loved this game since I can think but it was all about... even in the village I am born and raised and stuff like this, when the first team of the village played at the weekend, 300, 400 people showed up there and we had only 1,200 people living in the village.

"So it means pretty much half of the village were on the football pitch and it was a great atmosphere – and I love that from the first day of my life.

"It makes all the difference. We all need support through life. It means if it is a positive criticism, a boost or a gee-up or whatever, we all need that – playing football especially because it's a game based on a lot of things but for sure on emotion as well.