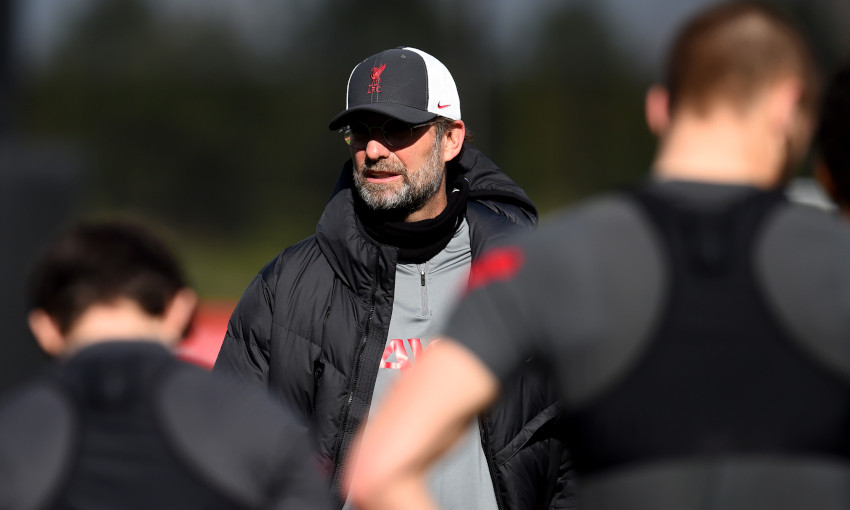 Liverpool have been checking on the fitness of several players with slight knocks ahead of today's Premier League fixture with Southampton.

But Nathaniel Phillips is set to be available for selection again, having sat out the recent contests with Leeds United and Newcastle United due to a hamstring complaint.

Jordan Henderson is continuing with his rehabilitation and remains unavailable, as well as Virgil van Dijk, Joe Gomez and Joel Matip.

Caoimhin Kelleher and Divock Origi, meanwhile, have been sidelined since February and March respectively.

"The injury situation, nothing really new," Jürgen Klopp said at his pre-match press conference on Friday. "We have a few bumps and bruises, so late decisions – we have to make late decisions in a few positions until tomorrow.

"Hendo, while I am sitting here Hendo is running outside, that's what I can say. Nothing else. He was not in team training yet and that's it pretty much."

Southampton will be without loanee Takumi Minamino – who is ineligible to face his parent club – and former Reds striker Danny Ings is also sidelined, along with Ryan Bertrand, Oriol Romeu and Will Smallbone.

But Jannik Vestergaard is available after Saints successfully appealed the red card the centre-half received in their draw with Leicester City, while Michael Obafemi has been involved in training after he underwent surgery earlier this year.

Ralph Hasenhuttl told the media on Thursday: "We have Ingsy still not available, still with problems. Hopefully we will find him back next week.

"Oriol Romeu is back on the training pitch tomorrow [Friday]. He has a scan, the last one, and then we can have a look if he is OK to start with the team next week.

"Ryan Bertrand is still out with a calf injury. Michael Obafemi is still in training and everything is still OK so far."