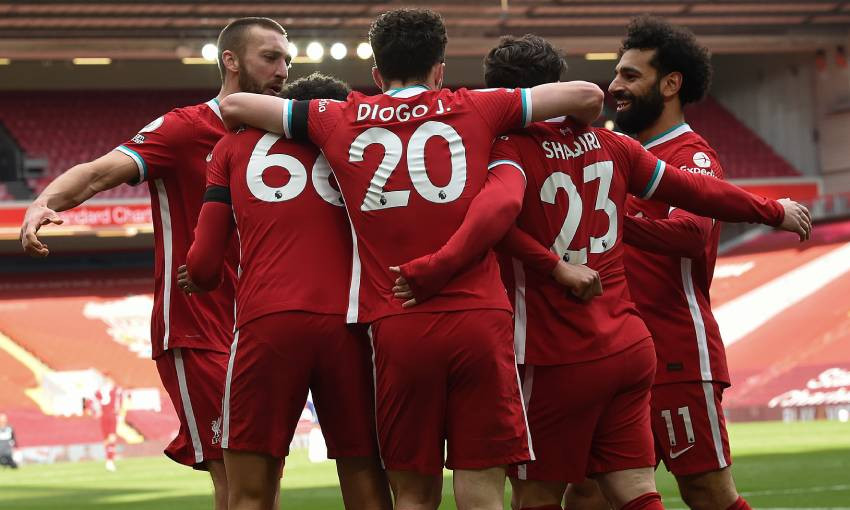 The manner in which Liverpool kept pushing and believing during Saturday's 2-1 victory over Aston Villa was the most pleasing aspect for Nathaniel Phillips.

Phillips and his teammates came from behind to keep their Premier League top-four hopes alive thanks to Trent Alexander-Arnold's brilliant stoppage-time winner.

The Reds recovered from Ollie Watkins' first-half opener and then a disallowed equaliser as Mohamed Salah eventually made it 1-1 to set up Alexander-Arnold's heroics at the end.

"It would be easy to let that frustration manifest itself," Phillips told Liverpoolfc.com post-match. "But that's your job: to make sure it doesn't do that, to keep on doing what's getting you chances and keep the faith that opportunities will come and you'll be able to finish them off.

"At the same time, keep things tight at the back and not go too much one way and leave ourselves open at the back to concede more. And that's what we did, I felt.

"We just kept pushing, kept the belief and kept pushing each other. It just felt like there was a really good team atmosphere out there today, which I love most about the game.

"I think we were unfortunate to go behind, we had plenty of chances in the first half to go ahead and then try to take control of the game and do that.

"But what happened, happened and we found ourselves behind and then you've got to find a way to get yourselves back into the game, get a goal and push for a winner.

"It's something that we've struggled to do when we've gone behind, to then turn it around, and it's such a nice feeling to come off the pitch knowing that we've done that.

"It took a lot of character, a lot of hard work, getting each other to work, but we did it and I'm so happy that we have."

The result means Jürgen Klopp's side are now four points behind third-placed Leicester City and three shy of West Ham United in fourth.

Though only seven fixtures remain in the domestic campaign, Phillips is determined to not look too far ahead and is just focusing on the next challenge in the team's way.

He continued: "It's hard not to pay attention to what else is going on in the table but, ultimately, none of that matters if we don't do our job, which is to win our games.

"That's what we set out to do today – try to apply pressure to those teams who are above us and who still have to play their game.

"We'll see what happens but, ultimately, we have to concentrate on winning our games and then we give ourselves a good chance."

Saturday's game saw Phillips make his 14th appearance of the campaign and March's Standard Chartered Player of the Month is growing more confident with each match played.

"With every game that comes now, it's more expectation on myself. Obviously I'm frustrated to have conceded today but happy to have won the game and kept things tight at the back for the second half."