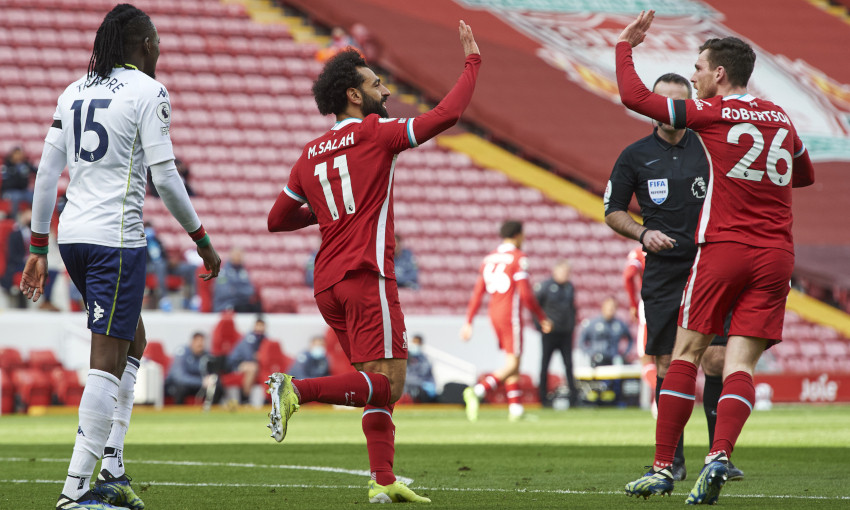 The Reds trailed at the halfway point of the Premier League clash at Anfield, with Ollie Watkins on target for the visitors shortly before the break.

But Salah headed in on the rebound to draw his team level when Emiliano Martinez parried Andy Robertson’s fierce 57th-minute strike at the Kop end.

Trent Alexander-Arnold then produced a moment of exquisite technique to secure three points, the No.66 swerving a winner beyond Martinez’s grasp in stoppage time.

It was a third successive league victory for Liverpool and one that maintained their ambitions to conclude the campaign with Champions League qualification.

“We’ll keep fighting also in the next game against [Real] Madrid. The most important thing is we just need to focus on each game – we’ll try to win all and hopefully we can be in fourth place.”

The hard-fought result also halted a frustrating, freakish series that had seen Jürgen Klopp’s men lose on each of their six previous outings at Anfield.

“Yeah, finally,” said Salah. “Finally we won here. It was a great game, a tough team. We could strike back in the second half and win the game, that’s the most important thing.

“To fight back, that’s the most important thing. We didn’t win a couple of games here. Mentally, it [could have been] like, ‘Ah, not again.’

“So we go in the dressing room after the first half and everybody was talking to each other. We did a good job in the second half and won the game.

“It’s hard not to win at Anfield for a couple of games. Being 1-0 down in the first half was also hard, we missed a couple of chances – ‘Ah, not again.’ But the good thing is we keep fighting and we did good in the second half.” 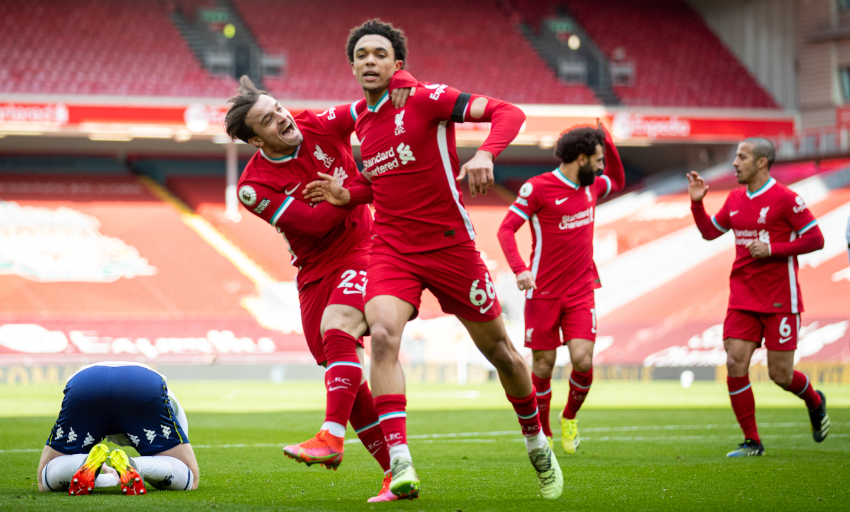 The Egyptian, whose equaliser was his 28th goal of the season in all competitions, hopes the Reds can carry the confidence boost provided by victory over Villa into the Anfield clash with Real next Wednesday.

Liverpool will attempt to overturn a 3-1 deficit in the second leg of their Champions League quarter-final.

“Yeah, it’s really important,” added the forward. “Especially when you’re 1-0 down, you came back and played like we did in the second half. It’s something good from the game.”