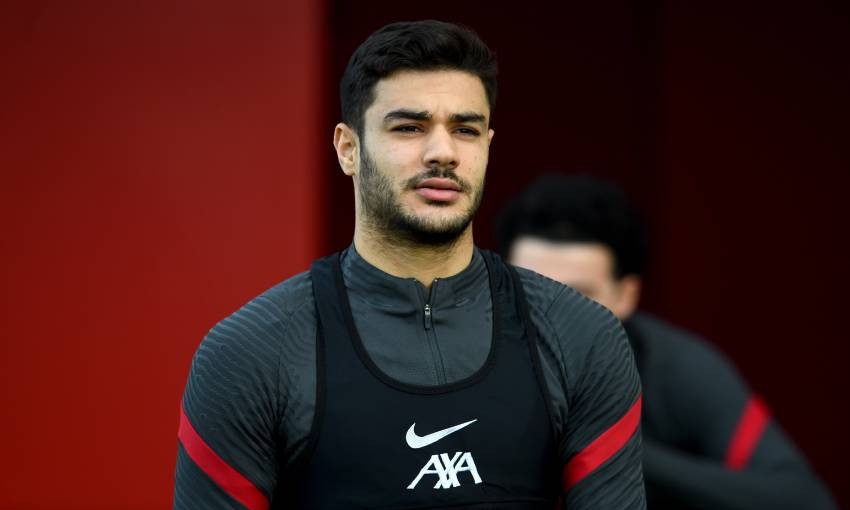 Ozan Kabak is fully aware how small Liverpool's margin for error is in the business end of the 2020-21 season.

The Reds are currently three points adrift of the Premier League's top four with eight fixtures remaining in the campaign.

Their push for a Champions League qualification spot continues on Saturday afternoon when they host ninth-placed Aston Villa at Anfield.

Kabak insists the squad have moved on from the midweek defeat by Real Madrid and are fully focused on the 3pm BST encounter with Dean Smith's side.

"In the Premier League, at this stage we need to win every game," the centre-half told Liverpoolfc.com. "Obviously the Madrid game is huge for us in the Champions League, but we will concentrate on the Aston Villa game and we will be there for the win.

"We have eight games remaining in the Premier League and obviously in the Champions League we will decide how many games we're going to play.

"We don't have any points to lose and we just need to win every game. This huge club needs to be in the Champions League next year, [like] every year.

"The Real Madrid game is now in the past, we just focus on this game in the Premier League. Obviously we need to win every game and we need to go into the Champions League next year.

"We are desperate to win in the Premier League, so we are fully focused on Saturday."

In order to return to winning ways, Kabak believes Liverpool will need to replicate the performance from their last league outing, where they took down Arsenal 3-0 at Emirates Stadium.

The 21-year-old continued: "We played very good against Arsenal. I think this is one of the best games of our season.

"We played really well, we scored good goals. In the midfield we were so aggressive, we put pressure on when we lost the ball. In defence, solid and also [got a] clean sheet.

"I think we need to put this performance on the pitch every week."

Kabak has been thrust into action for Jürgen Klopp's team ever since joining on loan from Schalke 04 on the final day of the winter transfer window.

He's recorded five clean sheets from his nine starts and the defender now has his sights set on earning his first home victory.

"Every day I've got better, it gets better every game," the No.19 finished. "Obviously my teammates, the manager and all the guys here, they help me a lot.

"I feel really settled in here and I hope I will be able to help the team more and more.

"It's been a long time since we won at Anfield, I don't know since when, but obviously we want to win against Aston Villa and keep winning.

"I hope we will win against Aston Villa and I will get my first win at Anfield."