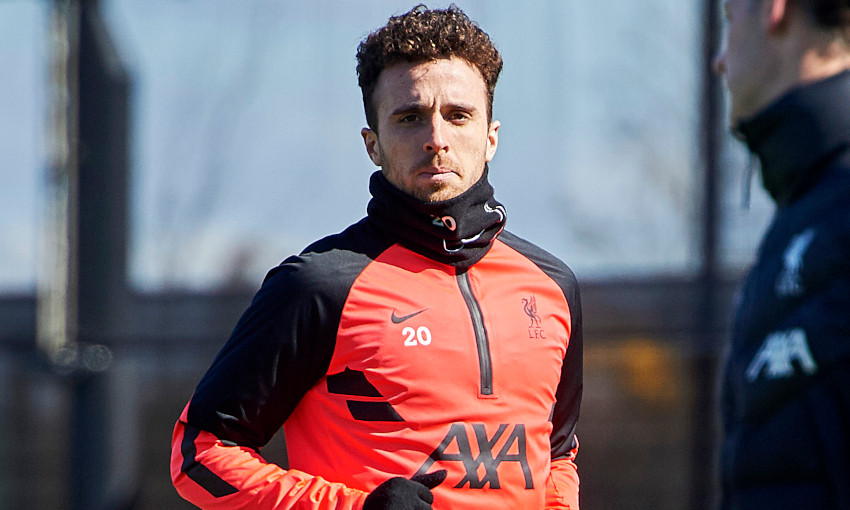 Diogo Jota is out to make a telling impact that helps Liverpool achieve their objectives between now and the end of the season.

The Portugal international has continued with his sublime goalscoring form for Jürgen Klopp's side after returning from a near-three-month lay-off due to a knee injury.

Jota came off the bench at Arsenal on Saturday to score a brace and now hopes to leave his mark as the Reds kick off their Champions League quarter-final tie with Real Madrid tonight.

He told BT Sport: "I think for a while we are in a good moment – three straight wins with three clean sheets.

"So everyone is getting back on track, let's say like that, and we want to keep doing that.

"Personally, with an injury, it was a difficult season but now in the final third where the decisions are made, now it's an important part of the season and obviously I want to play my role and help the team to reach the goals.

"Some people might say they [Real Madrid] struggled a bit, especially in the beginning. But I think they are playing really well and getting results.

"Now is the decisive moment of the season. They are the team with the most titles in this competition, so we need to be at our best to be able to get a result."

Jota has found the back of the net on 12 occasions since arriving at the club from Wolverhampton Wanderers in September.

He has strengthened Klopp's options in the final third of the pitch, with the No.20 able to add a new dynamic to Liverpool's established frontline of Mohamed Salah, Sadio Mane and Roberto Firmino.

Jota added: "Obviously the world was talking about them [the front three] because of the achievements of the team in general, so they can shine because they are the attacking trio.

"But then it's up to the manager to decide who will play, the system we will use. For example, the last game we changed the system, we played all four. So things can happen, we can play different systems.

"The manager decides what is best for the team and as individuals we need to do our best on the pitch.

"In the box, I don't like to do too many things. If the objective is to score goals in the football game, that's what I want to do.

"In terms of me scoring or providing or dragging defenders, if that's the target, that's what I want to do."