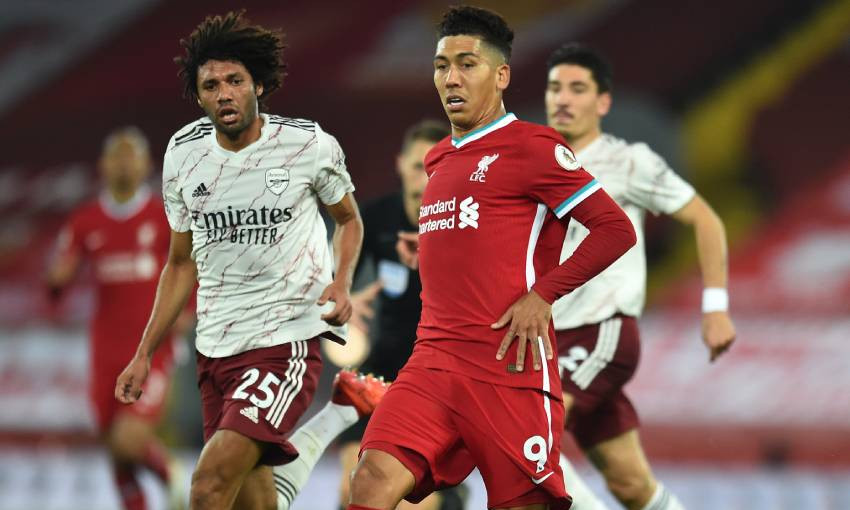 Roberto Firmino will be looking to enhance his excellent goalscoring record against Arsenal when Liverpool visit Emirates Stadium this evening.

The Reds' No.9 has scored eight goals in his 11 Premier League appearances versus the Gunners – more than any other team.

Only Jack Parkinson, Gordon Hodgson and Robbie Fowler (all with nine) have netted more goals for the club over Arsenal than the Brazilian.

Between them in 27 league appearances for Liverpool, Firmino, Sadio Mane and Mohamed Salah have scored 19 goals against Arsenal.

Alex Oxlade-Chamberlain could play his 100th game for Liverpool in all competitions.

The Reds are unbeaten in their last five league visits to London since losing at Arsenal last July and have lost only one of their last 16 top-flight fixtures played in the capital.

Ozan Kabak and Nathaniel Phillips have played together as a centre-back partnership four times and have kept three clean sheets, with the only goal conceded coming from the penalty spot.

𝗕𝗜𝗚 Nat 💪 Your @StanChart Player of the Month for March 🙌 https://t.co/3Ib9lGe9wl

There has been only one goalless draw in the last 43 league encounters.

James Milner will become the most-used substitute in Premier League history if he comes off the bench. He is currently on 158 substitute appearances, along with Peter Crouch.

Jürgen Klopp has lost only one of his 10 league games against Arsenal, with six wins and three draws. In that time, his side have scored 30 goals.