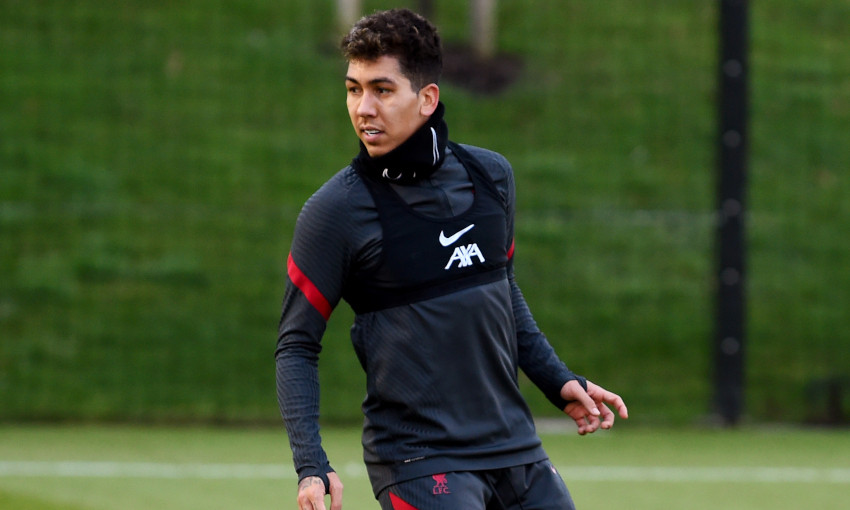 Liverpool will wait to determine whether Roberto Firmino can return for Monday's trip to Wolverhampton Wanderers.

The No.9 missed the Reds’ matches with Fulham and RB Leipzig due to a knock and the club’s medical team will assess whether he can be involved at Molineux.

Jürgen Klopp said on Saturday: “We will see. Bobby was not with us, that means he couldn’t play.

“Now we have a few more days and later on, we have the medical meeting actually after the press conference – sorry! – so they will give me more information about that. We will see, two more days, hopefully.”

Klopp reported no new injury concerns for his team following Wednesday’s 2-0 win over Leipzig in Budapest.

Similarly, Wolves also appear to have no fresh fitness worries heading into the encounter.

Willy Boly has been an unused substitute in the past two matches after dealing with a hamstring complaint.

Winger Daniel Podence continues to be sidelined with his adductor injury, while Raul Jimenez stepped up his recovery from a fractured skull as he returned to parts of close-contact training.

Previewing Monday’s game, Wolves boss Nuno Espirito Santo said: “The quality, the talent and the achievements that the club and Jürgen have done is amazing and we’re going to face a very talented squad, a very good football team who have a fantastic approach and idea on the game.

“Not just every team, but everyone has ups and downs. It’s how you react from it and how you get through that which is important, and Liverpool, huge admiration.

“The [4-0 loss at] Anfield was a long time ago, so many things have changed since then for both teams, it’s going to be a new game, a new challenge.”