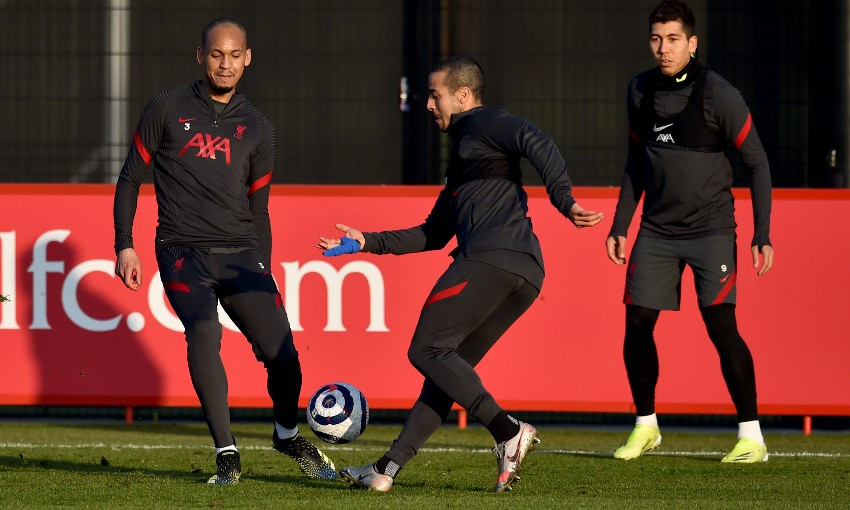 Fabinho’s return to fitness brings with it welcome selection options for Jürgen Klopp.

The Brazil international is set to be included in Liverpool’s matchday squad against Chelsea on Thursday after missing the last four games due to a muscle complaint.

A spate of injuries in the Reds’ squad have led to Fabinho predominantly playing at centre-back this season, but the availability of the likes of Ozan Kabak and Nathaniel Phillips - who partnered each other in last Sunday’s 2-0 win at Sheffield United - means Klopp is considering re-assigning his No.3 to the holding midfield role.

“Both is possible,” the boss replied, when asked whether Fabinho will be fielded in defence or midfield.

“That’s good and gives us options in different moments. I think if we can find a way to bring Fab back in midfield that would be, in some games, quite helpful.

“I think the most consistent player this season probably is Gini Wijnaldum. Long may it continue and he played the No.6 and pretty much all the positions and all these kind of things. But with Fab on six, in some games that would be absolutely helpful. So we will see.

“But both things are really intense, if you play centre-half or you play six. In the past we had to bring the players when they came back always immediately because another player left the pitch in the game before injured or whatever and this time we don’t have to do that - [for] the first time, maybe. But there are still a lot games to come so we will see.

“So, is Fab close enough to start [against Chelsea] or is he only ready for the bench, which would already be completely fine? Then we will see which position and these decisions are obviously still to make and even if I would have made them already, I wouldn’t tell you exactly what the decision is. Let’s see.”

Klopp went on to discuss the possibility of enabling Kabak and Phillips to build up a greater understanding by continuing to play them together.

The manager said: “Stability would always be great if you could do that. So for me, both did really well [against Sheffield United]. I heard, because I didn’t see it in the game, that people were quite critical with both of them, which is really picky, to be honest.

“So yes, stability would be great but we changed it that often maybe we will make a habit of it. I don’t know - [well], I know, but I will not say here what we do. That’s actually the case.”