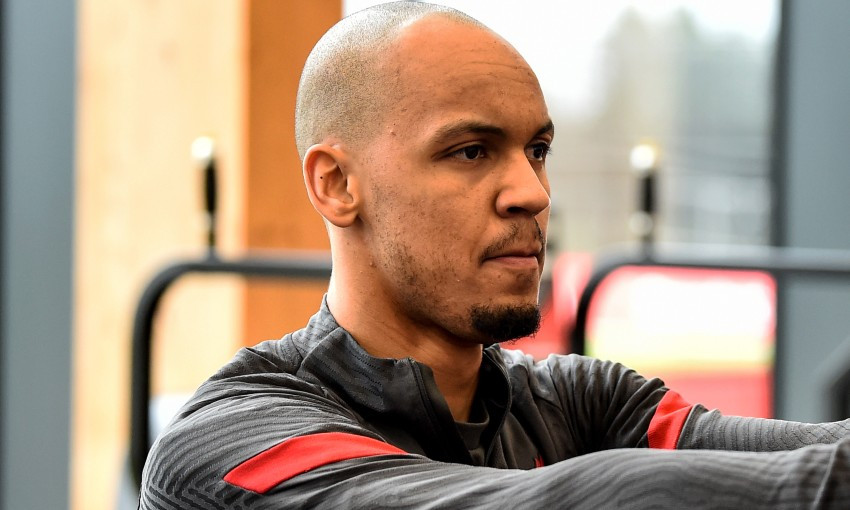 Fabinho and James Milner are set to follow Diogo Jota by resuming team training ahead of Liverpool's visit to Sheffield United.

Jota, who has not played since December due to a knee injury, was back among his teammates at the AXA Training Centre earlier this week and Jürgen Klopp confirmed on Friday that Fabinho and Milner were also likely to take part in Saturday’s full session.

“But [he] was out long term so we have to see what we can do with that. But in training he looks really promising.

“Fab was not yet with the team. That can happen tomorrow [Saturday], if I’m 100 per cent right, he has his first session with the team. And same for James Milner.”

On Jota, Klopp went on to state: “The way he came back to training is very positive, so we just have to make a decision about what makes sense for him, when does it [his return] make sense for him and all these kind of things.”

No decision has yet been made regarding the availability of Alisson Becker following the tragic death of his father.

“We didn’t think about that so far really. I don’t know [if he will play],” Klopp said.

Jordan Henderson will be out until after the March international break after the captain underwent successful surgery on an adductor injury, while Joe Gomez, Joel Matip and Virgil van Dijk are long-term absentees.

Blades boss Chris Wilder said: “There have been three players available all season to us who have not had issues.

“That’s a huge amount for a team that has the challenges of a second season in the Premier League and I am sure you understand that affects us severely and harshly.”