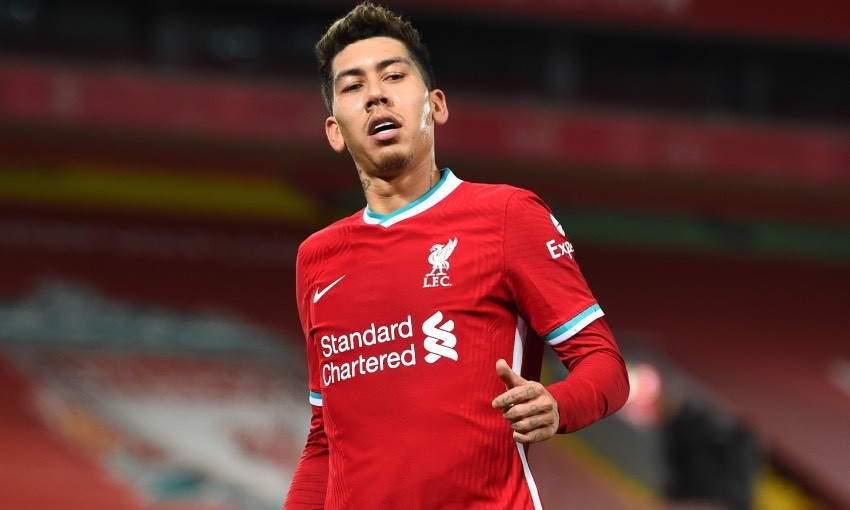 Roberto Firmino is in line to make his 200th Premier League appearance for Liverpool when they face Everton at Anfield this evening.

The Brazilian currently has 199 top-flight outings for the Reds since arriving from Bundesliga side Hoffenheim in the summer of 2015.

In his Premier League career so far, Firmino has netted 63 goals – the eighth-most for the club in the competition – and registered a total of 40 assists.

Liverpool are unbeaten in 23 games against Everton in all competitions – their longest unbeaten run in history against a single opponent (beating the 22-match sequence without defeat against Aston Villa from 1981 to 1992).

The Reds have lost just three of the last 42 meetings in the Premier League home and away.

Jürgen Klopp is unbeaten in 12 Merseyside derbies in all competitions – a club record for any manager from the start of a Reds career, beating Bob Paisley's 10.

Origi is one game away from recording 100 in the Premier League.

Should Ozan Kabak and Jordan Henderson be paired again at centre-back, it will be the third time they have started together. That would be the joint-fourth most-used partnership this season, with Joel Matip and Fabinho starting the most together (seven).

Eleven of the last 17 Premier League Merseyside derbies have ended in draws.

Steven Gerrard was the last Liverpool player to score a hat-trick in a Merseyside derby back in 2012.