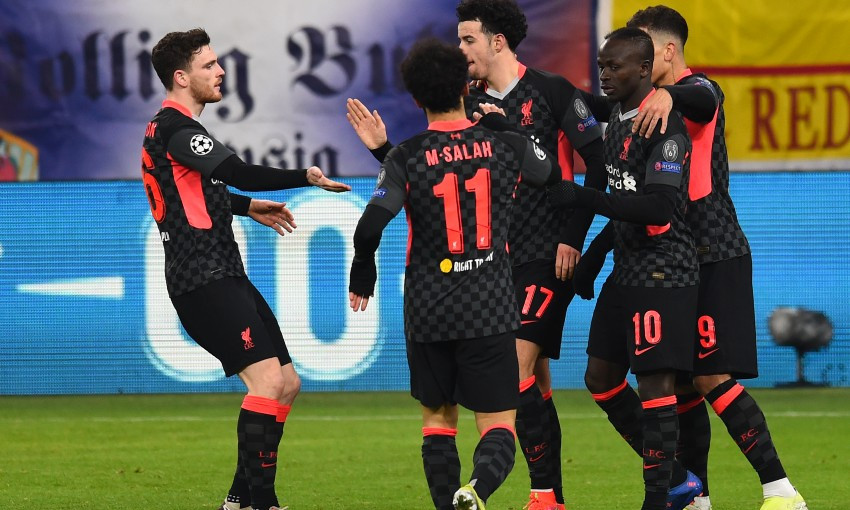 Sadio Mane considers Tuesday's performance against RB Leipzig to be a template for Liverpool to return to winning ways on a consistent basis.

Clinical second-half finishes from Mohamed Salah and Mane earned their team a 2-0 victory in the Champions League last-16 first leg, with the Reds putting in an impressive display across the 90 minutes in Budapest.

And the No.10 wants Jürgen Klopp’s side to replicate that collective level in the coming weeks and months.

Mane told Liverpoolfc.com: “I think it wasn’t an easy game. We have had a really tough time but we never doubted [ourselves].

“We knew it wouldn’t be an easy game from the beginning and it’s not a surprise for us, so we are doing our best, we keep fighting like we can and tonight we showed our character. We played good football, even though it wasn’t our best, but at least tonight I think we deserved to win.

“For us it’s extra motivation [the recent tough spell]. Like I said, it’s not easy for us but it doesn’t make us bad and for sure this is sometimes normal.

“We know what to do now and I think we have to play every single game [with] this kind of performance, otherwise it won’t be easy for us. Let’s do our best and try every game to be like our best.”

20 - Sadio Mané has scored 20 goals in all European competitions for Liverpool, becoming only the fifth player in t… https://t.co/BdQEv97dbR

Liverpool were on top throughout the first half at Puskas Arena but were unable to make the breakthrough prior to the interval.

Mane continued: “I think we created many chances in the first half, we controlled and dominated the game but we didn’t score.

“I think when we came out [for the second half] we kept the same rhythm and we gave everything and we tried to move the ball quickly and finally we got some chances and we scored the two goals. I think it was really important tonight to win this game.”