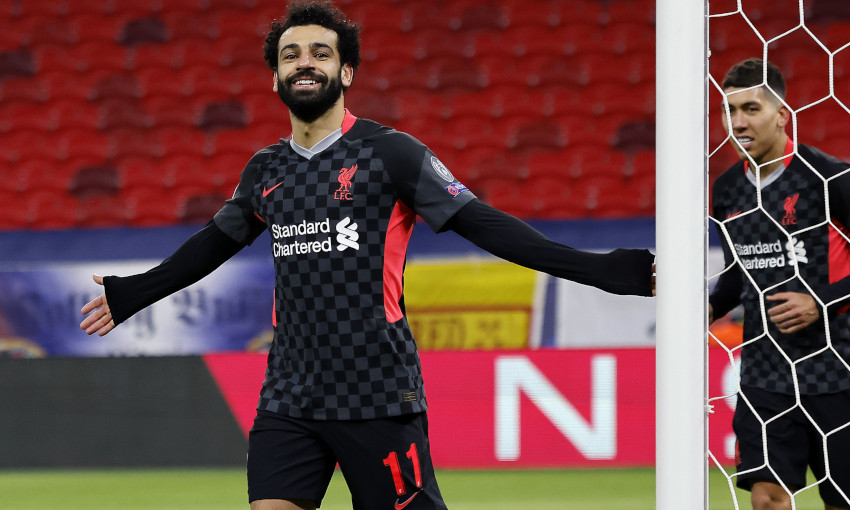 Liverpool lead RB Leipzig 2-0 at the halfway point of their battle for a place in the Champions League quarter-finals.

Goals from Mohamed Salah and Sadio Mane at Budapest’s Puskas Arena – where the sides’ last-16 first leg was switched due to COVID-19 restrictions in Germany – gave the Reds an advantage ahead of their second meeting on March 10.

The mutual respect between Jürgen Klopp and Leipzig coach Julian Nagelsmann, as well as their respective squads, was evident in abundance before the game, with the Reds boss acutely aware of the challenge the team from his home country – semi-finalists in this competition last season – would present.

That shared appreciation was parked come kick-off in Budapest, of course, and once Liverpool gauged RB’s tactical system, which Klopp explained could not be predicted based solely on the teamsheet, and survived Dani Olmo’s fifth-minute header against the post, they asserted increasing control on the tie.

Several promising chances went astray before the break, but Klopp’s men were clinical during a five-minute period in the second half that decided the result.

Opposition errors contributed to the goals from Salah and Mane, though nothing could be taken away from the unerring manner in which each thumped their finishes beyond Peter Gulacsi.

“We did well, played a good game, deserved the win I think,” said Klopp. “And forced them to make mistakes with a good formation, with a good attitude, in other phases we played good football. So, yeah, I’m happy with the performance.”

With their strikes counting as ‘away’ goals, too, despite the neutral venue, it is advantage Liverpool ahead of the second leg next month.

Now, only 12 players have ever scored more goals for Liverpool FC than Salah.

The No.11’s brilliant reverse finish to break the deadlock against Leipzig increased his tally for the Reds to a staggering 118 (in 186 appearances), moving him level with St John in 13th on the club’s all-time scorers list.

Such has been his phenomenal strike rate since moving to Anfield back in 2017, Salah is now just 13 goals away from breaking into the top 10.

The Egyptian’s opener in Hungary was his 24th goal of 2020-21, meaning he has already surpassed his total of last season in 14 fewer matches.

Of all players in European football’s top five ranked leagues, only Bayern Munich’s Robert Lewandowski (30) has netted more often in all competitions than Salah.

The 28-year-old was the beneficiary of a misjudged clearance by Leipzig defender Nordi Mukiele, five minutes after Salah’s breakthrough, to speed into the box and sweep his own emphatic hit past the goalkeeper. 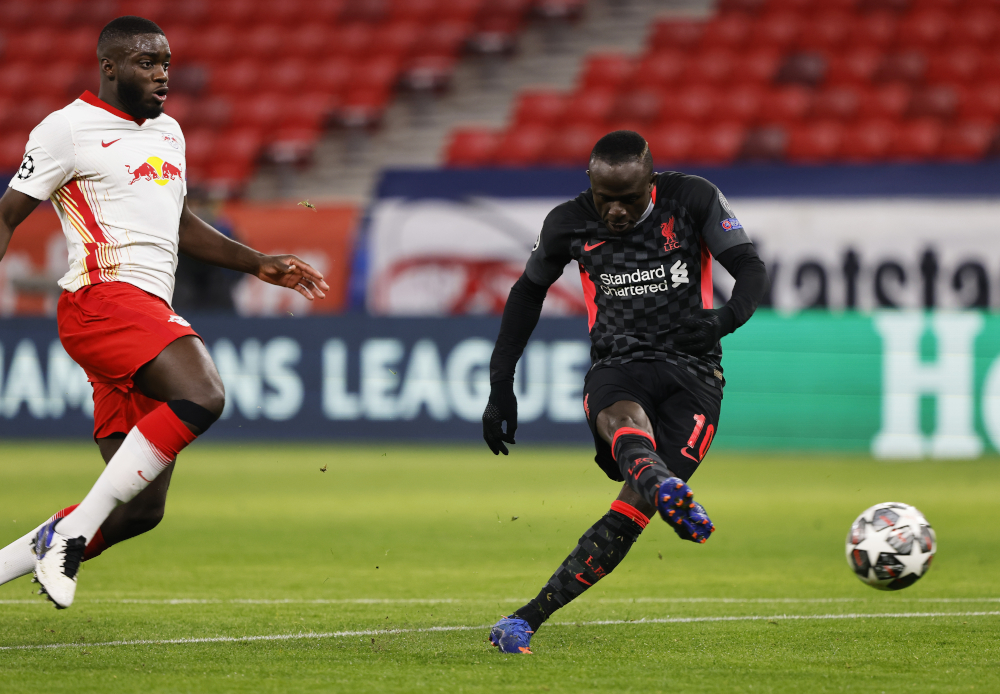 In doing so, he improved his personal record in knockout encounters in the tournament to 11 goals in 17 appearances since he signed for Liverpool.

Nine of those have come away from Anfield, including a hat-trick at FC Porto three years ago, a decisive brace against Bayern Munich in 2019 and a strike in the 2018 final past Real Madrid.

50 up for Alisson Becker

At the other end of the pitch, Alisson registered his 50th clean sheet for Liverpool – the 12th goalkeeper to achieve the feat in club history.

Fortune favoured the Brazil international when Olmo’s early header bounced off the woodwork and away from his net, but a pivotal intervention a minute into the second half was all his own – outstanding – work.

Christopher Nkunku broke free in behind and held off Jordan Henderson to create a one-on-one with Alisson, who stood up firmly and batted away the forward’s attempted finish to keep the score goalless. Within 15 minutes, the Reds led by two.

“You can imagine Ali will sleep really well on the plane on the way home. How always, he helped us a lot,” Klopp said of his goalkeeper’s contribution.

On just his second appearance for the Reds, and his first in the Champions League for more than two years, Kabak delivered a Man of the Match display.

Confident and front-footed from the off alongside Henderson in central defence, Kabak helped restrict a Leipzig side who plundered 11 goals during the group stage to two shots on target.

He led Liverpool’s individual figures for tackles (four) and interceptions (three), while winning seven of his nine duels and providing assured distribution from deep.

“It was so special for me because this was my first clean sheet and my first win in this jersey,” said Kabak, who arrived on loan from Schalke 04 at the beginning of the month.

The captain, meanwhile, once again chalked up statistics that bely the fact circumstances have forced his move from midfield into the backline.

“From start to finish, I thought defensively, throughout the team we pressed really well, won the ball back and looked dangerous going forward,” he said. “A pleasing performance but it’s only half the job done. There’s another leg to go and it’ll be another tough game for us.”