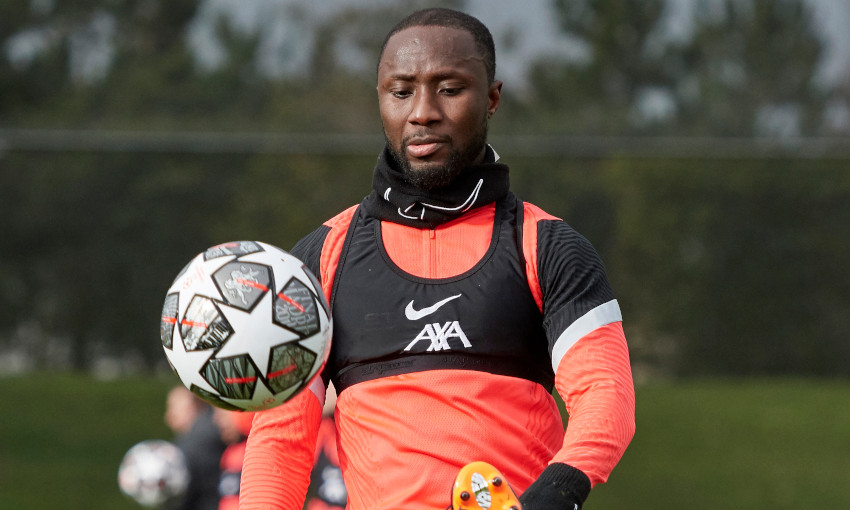 Naby Keita has returned to training but will not be considered for Liverpool's Champions League tie with RB Leipzig in Budapest.

The midfielder has not figured since starting the win at Crystal Palace on December 19, but resumed full sessions alongside his teammates at the AXA Training Centre on Sunday.

However, Jürgen Klopp has confirmed Keita will not be among the players who travel to Hungary for the last-16, first-leg encounter against his former club and will instead remain on Merseyside to continue to increase his sharpness.

"Naby is no longer injured but he's not fit yet," said the boss on Monday. "He was in training yesterday but it's not sufficient yet.

"We will be away for two days and he will be in training; it's better than flying with us. Of course Naby would have liked to be there when it's against Leipzig."

Liverpool will need to check on the latest condition of James Milner (hamstring) and Fabinho (muscle), but both players were absent from the team training session that preceded their flight to Budapest.

Ben Davies, Divock Origi and Caoimhin Kelleher did participate in the workout, however, having missed Saturday's fixture at Leicester City with respective knocks.

Last season's semi-finalists will also continue to be without Konrad Laimer (ankle) and Dominik Szoboszlai (adductor), though they are boosted by the return of Benjamin Henrichs.

"It's looking good with Benjamin Henrichs. He will be on the plane."

Previewing the encounter itself, Nagelsmann commented: "We are in a good flow and have won our last four games.

"If Liverpool have a good day they are still favourites, but we have shown that we can keep up with the top teams in Europe."