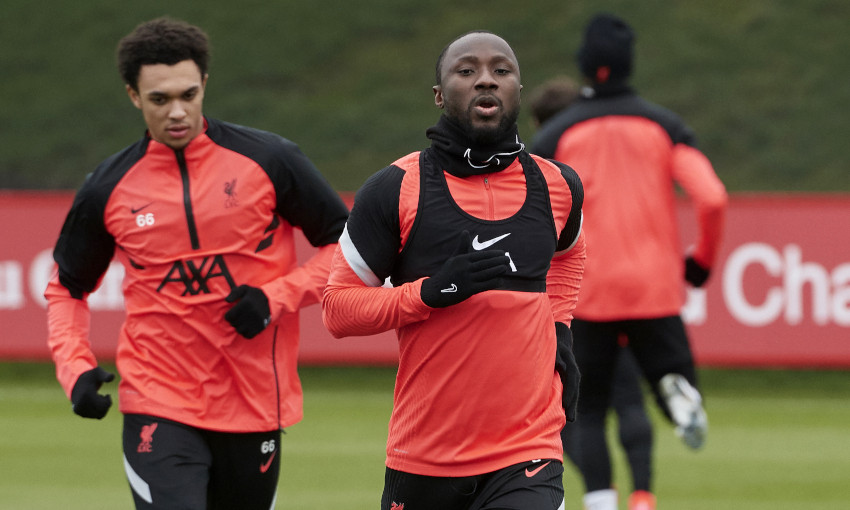 Naby Keita has returned to training but will not be ready for Liverpool's Champions League clash with his former club RB Leipzig on Tuesday night.

The midfielder has been sidelined since featuring in the Premier League win over Crystal Palace in December, though moved closer to a comeback by joining his teammates in sessions at the AXA Training Centre.

Keita is not going to be involved in the last-16 first leg against Leipzig, however, with further rehabilitation work on Merseyside preferred for the No.8 this week.

“Naby is no longer injured but he’s not fit yet,” said Jürgen Klopp at his pre-match press conference when asked for his assessment of Keita’s time with the Reds and an update on his condition.

“He was in training yesterday but it’s not sufficient yet. We will be away for two days and he will be in training; it’s better than flying with us. Of course Naby would have liked to be there when it’s against Leipzig.

“He has had some very great spells but obviously you have to say he has had too many injuries as well, which hasn’t helped a lot. But he has played some really great games for us and scored important goals, has contributed to our success last year; he was always involved despite the injuries.

“These were unfortunate moments when you look at his injuries, it was just minor things that [ruled] him out from the team. But he has got an excellent perspective and is a great player.

“In terms of injuries, we all have to go through these difficulties and once that’s behind you, we’ll have another absolutely great player.”