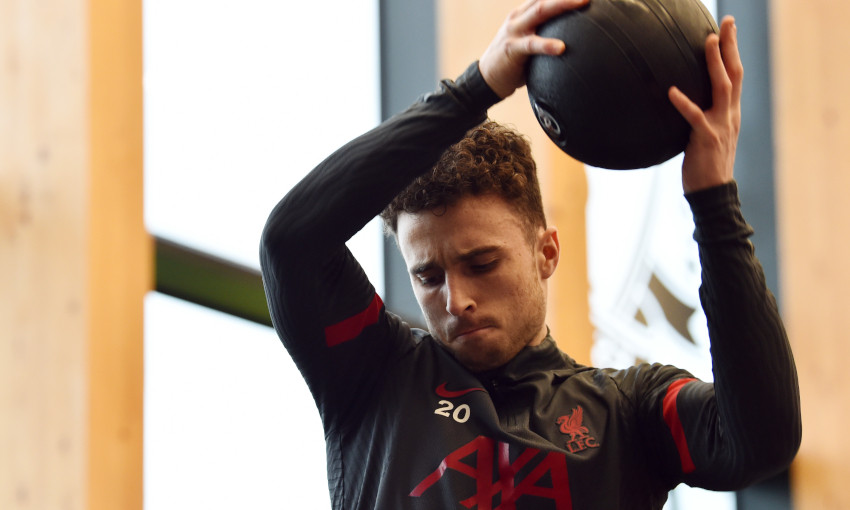 Jürgen Klopp has offered an update on the fitness of Diogo Jota and Naby Keita as they continue their rehabilitation programmes at the AXA Training Centre.

Jota has been sidelined after sustaining a knee injury during the Champions League fixture with FC Midtjylland in Denmark on December 9.

Meanwhile, Keita has not featured since starting the 7-0 victory at Crystal Palace on December 19.

“It was a hamstring, a slightly bigger one,” Klopp said of Keita. “He is back on the pitch but not with the team yet.

On Jota, the manager added: “Diogo is close, but not as close as Naby, for example.

“He is on the pitch as well, individual sessions, not the same intensity as you can imagine after a longer time. In rehab, you have to train really intensely before you can go back to team training.

“Diogo [will be] two or three weeks, maybe. Probably the medical department hits me now, but I think that’s kind of possible, back in full training and then we will see how long it takes.”