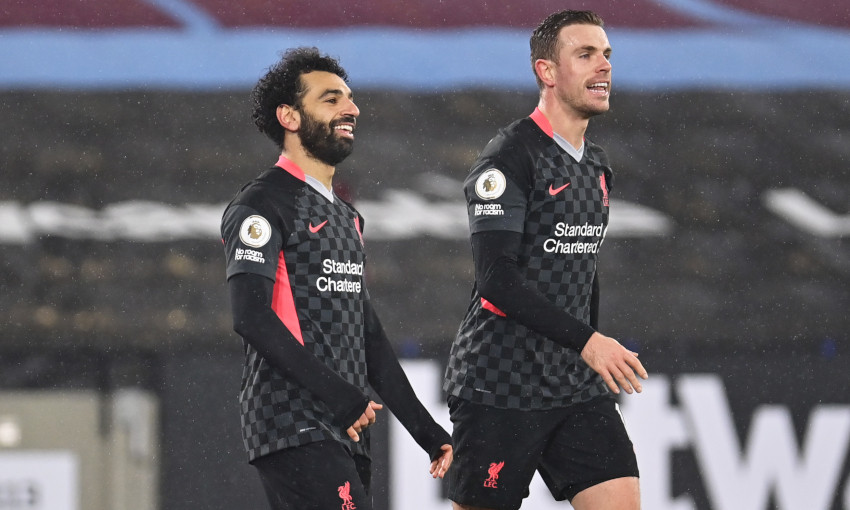 Mohamed Salah has clinched a fifth consecutive Liverpool Goal of the Month award this season for his counter-attack strike at West Ham United in January.

The Egyptian sealed a stunning breakaway by the Reds at London Stadium when he perfectly controlled Xherdan Shaqiri’s looping pass into the box and deftly finished for his second goal of a 3-1 win in the Premier League.

The clinical move received the most votes in our Goal of the Month poll here on Liverpoolfc.com, maintaining Salah’s run of winning the prize every month so far this term.

Indeed, the No.11 took second and third place too on this occasion, for his opening goal against West Ham and sublime dink at Manchester United respectively.

Trent Alexander-Arnold’s driven hit against Tottenham Hotspur was fourth and Georginio Wijnaldum’s conversion past the Hammers was fifth.

Pick your LFC Goal of the Month for March