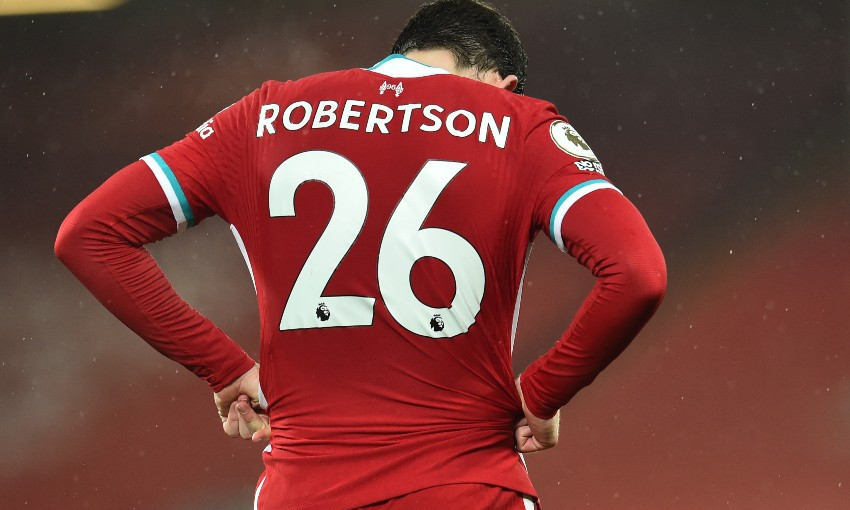 Andy Robertson credited Brighton & Hove Albion following Liverpool's 1-0 defeat at Anfield and called on the champions to rediscover their consistency.

The Reds were below par throughout Wednesday evening’s game against the Seagulls and were beaten by Steven Alzate’s goal shortly before the hour.

Robertson told Premier League Productions: “They were the better team. For us, we were hugely disappointing all over the park and you have to give the other team credit for playing really well. They passed the ball about confidently, they created chances, they pressed us, they did everything we wanted to do.

“First half, we were OK. Second half, we didn’t really do anything of note. When you’re at home you need to create chances and try to win the game and we didn’t quite do that tonight.

“Obviously we’ve had a long record of going unbeaten, you’ve now lost two games that on paper you should win. But when you don’t show up, like tonight and against Burnley, then you don’t get results in this league and that’s what we’ve seen over the last four or five weeks.”

The left-back continued: “It’s just not clicking. Maybe teams are sitting a bit more back against us at home and maybe they’re a wee bit more open and expansive away, but they done that last season and we found a way to win and that’s what we need to do. We’re not doing it just now.

“We need to find a way to get results, especially here if they are maybe making a low block. Brighton played four centre-halves today but you have to deal with that. They played outstanding and like I said, you need to give them credit. But we need to be better at finding a way in the game.

“You can set it up in training, you can do everything in training, but when you cross the white lines you need to find a way to goal and we never done that today.”

Next up for Liverpool is a visit from Premier League leaders Manchester City on Sunday.

“Look, any game against Man City is a big one but as this moment stands, we are not in a title race. We’re seven points off it and they’ve got a game in hand I think - I’m sure they would say the same if they were potentially 10 points behind us,” Robertson stated.

“That’s what we need to get back to, starting Sunday. It’s a big game, they’re flying and playing really well just now. They look solid, look really good going forward so it’s an incredibly tough task.

“But we’re still a good team. We don’t turn into a bad team overnight and we’ll be ready come Sunday. But like I said, we need to be doing it on a consistent basis and not in one-offs.”