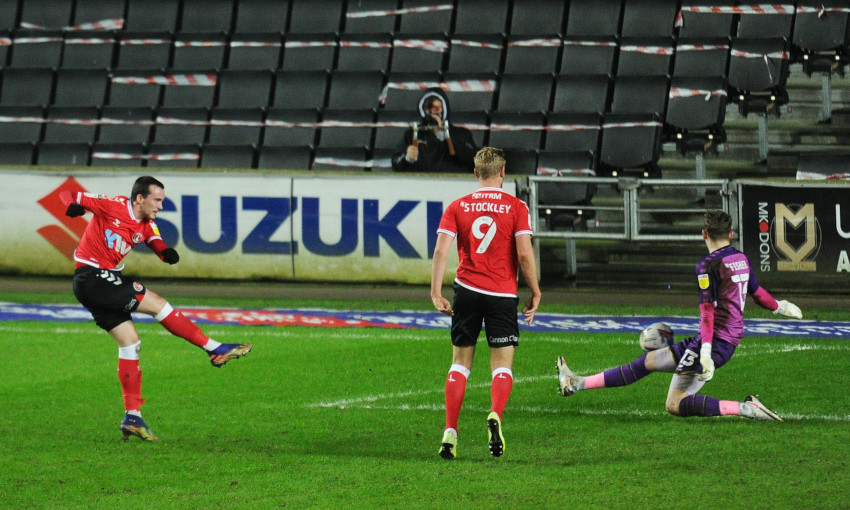 Liam Millar scored his first goal for Charlton Athletic to secure a 1-0 victory at Milton Keynes Dons on Tuesday night.

The on-loan Liverpool forward fired in an 18th-minute strike in the League One clash which proved the winning goal for his side.

“I have to say, Liam Millar defended the far post outstandingly well, for a young lad right at the death there, maybe 87th or 88th minute, they put a great cross in and he just got a little toe onto it. I was really pleased with him tonight,” said Addicks manager Lee Bowyer.

It was the Canada international’s sixth appearance for Charlton since he joined the club earlier this month on a deal until the end of the season.

On Monday night, Marko Grujic started and played 84 minutes of FC Porto’s 1-0 victory at Farense in the Primeira Liga.