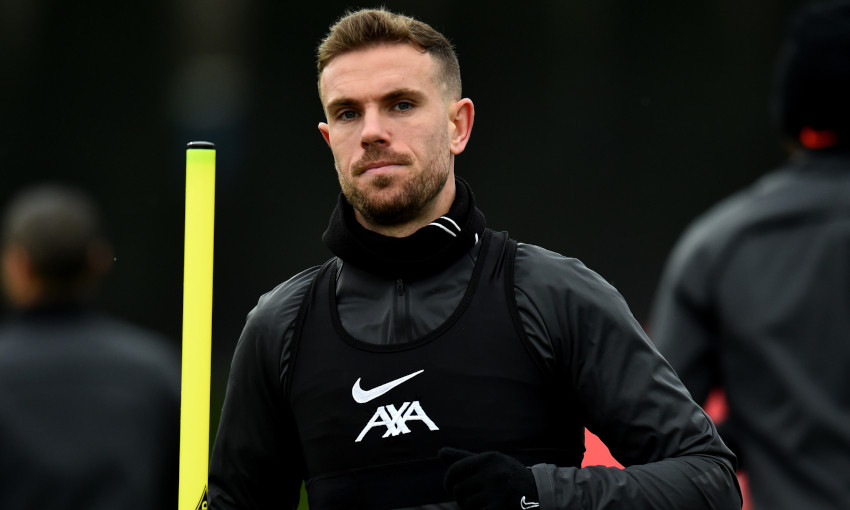 Jordan Henderson and Joel Matip have been part of full training ahead of Liverpool's Premier League clash with Tottenham Hotspur.

A minor fitness issue ruled Henderson out of the defeats against Burnley and Manchester United last week, while Matip was not involved at Old Trafford.

But both figured in sessions with their teammates in the build-up to Thursday’s trip to the capital and could come back into contention.

“Hendo and Joel trained yesterday with the team fully,” said Jürgen Klopp at his pre-match press conference on Wednesday morning.

“Like always with these things we have to see how they react overnight and what they can do today, but they trained yesterday.”

The manager also confirmed the Reds have no new fitness concerns as they aim to halt a run of five matches without a win in the top flight.

Naby Keita has not featured since the 7-0 win at Crystal Palace last month due to injury and Diogo Jota is continuing his own rehabilitation, in addition to the long-term absences of Joe Gomez and Virgil van Dijk.

For the home side, meanwhile, Jose Mourinho confirmed during his pre-match press conference that Dele Alli is sidelined through injury.

The Spurs boss was also asked specifically about the availability of defenders Ben Davies and Matt Doherty for the 8pm GMT kick-off with the Reds.

Mourinho added in conversation with Spurs TV: “We have some problems, I don’t want to speak about them, I don’t want to give any information – I’m not really happy to say player A, B or C is not in the squad but we have problems that in the end are normal problems.

“We cannot expect to be playing so many matches without problems so it’s a normal situation, we are going to miss a couple of players but that’s that. We are ready for the game.”

The hosts will definitely be without Giovani Lo Celso.