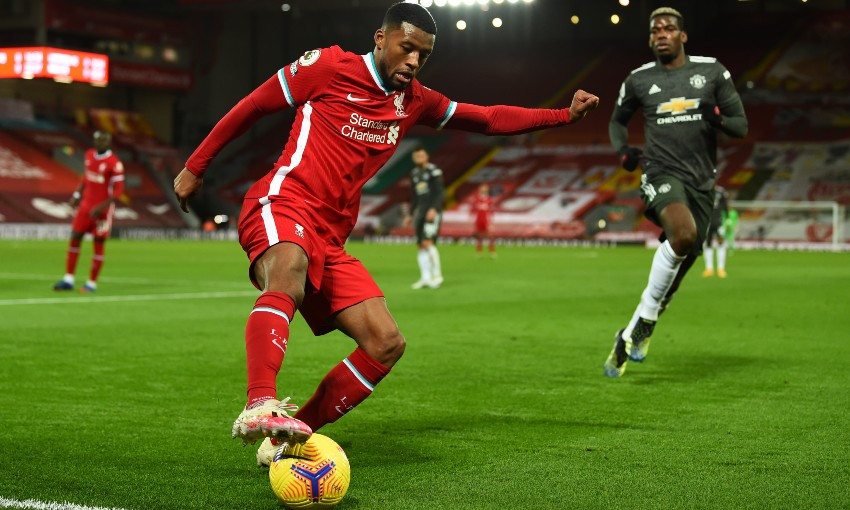 Liverpool must double down on their work ethic in order to emerge from a rare barren spell in front of goal, Georginio Wijnaldum believes.

The champions have scored only once in four Premier League outings since last month’s ruthless 7-0 rout of Crystal Palace at Selhurst Park.

They do, though, remain the division’s most prolific side this season, having netted 37 times in 18 matches so far.

And Wijnaldum sees effort and application as the keys to once again unlocking their well-established goalscoring potential.

“It’s really strange, even for us, but that’s something that can happen,” the midfielder told Liverpoolfc.com, of the team’s recent attacking difficulties.

“I think people are used to seeing us score a lot of goals, which we also showed against Crystal Palace. But this is the Premier League: teams are really good and they are getting better every year.

“Also with technology you can analyse teams really good, know how they play and everything, so it’s getting much more difficult for us to score goals.

“But still then we have the quality to make it even more difficult for them to stop us scoring goals, so what we just have to do is work hard, keep confidence and do the things we did before.”

We caught up with Wijnaldum ahead of Thursday night’s clash with Burnley at Anfield. Read on for the rest of our chat with the Dutchman… 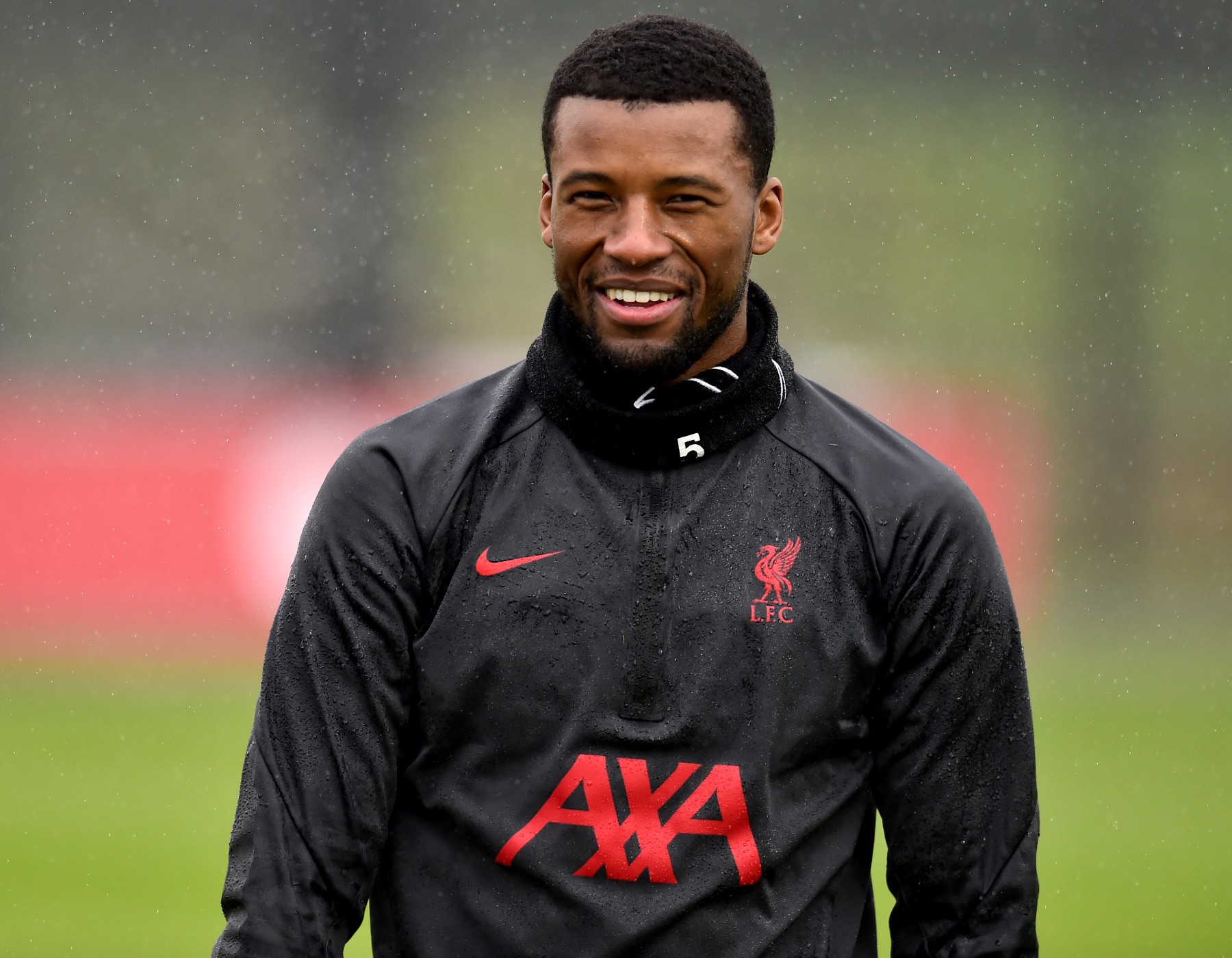 Gini, you’ve played in all 18 of Liverpool’s Premier League games so far this season. How important to you is it that you’re nearly always available for selection?

I think it’s really important [and] for the manager also because he can pick you always. I think also for the team, if you’re always available it gives confidence to the team because the team knows they can rely on you. But it is something you have to work really hard for because I have to work really hard to stay fit. I have to be lucky to stay fit because sometimes you cannot change it. If you get a muscle injury, or other injuries like if someone kicks you, it’s difficult to protect yourself from that, but I’m just trying to do as good as possible and take as-good-as-possible care of my body to stay as fit as possible for a really long time.

You’ve only missed 11 Premier League games out of 170 since you joined the club. Does it mean a lot to you that the manager clearly has so much faith in you?

Of course it says a lot, that the manager has faith in you. I also feel the faith from the technical staff since I am here at the club so it gives you a really good feeling. I think every player that plays football wants to feel confidence from their manager and I’m lucky I have it.

It gives me a lot of confidence [how often he is selected] and also a good feeling because you have the feeling that you work with a manager who believes in you and will always give you chances no matter what. Like I said, every player wants that. Sometimes you work with a manager who doesn’t look at you the way the manager looks at me right now so I am lucky and I am pretty happy that I am in the position I am in right now. 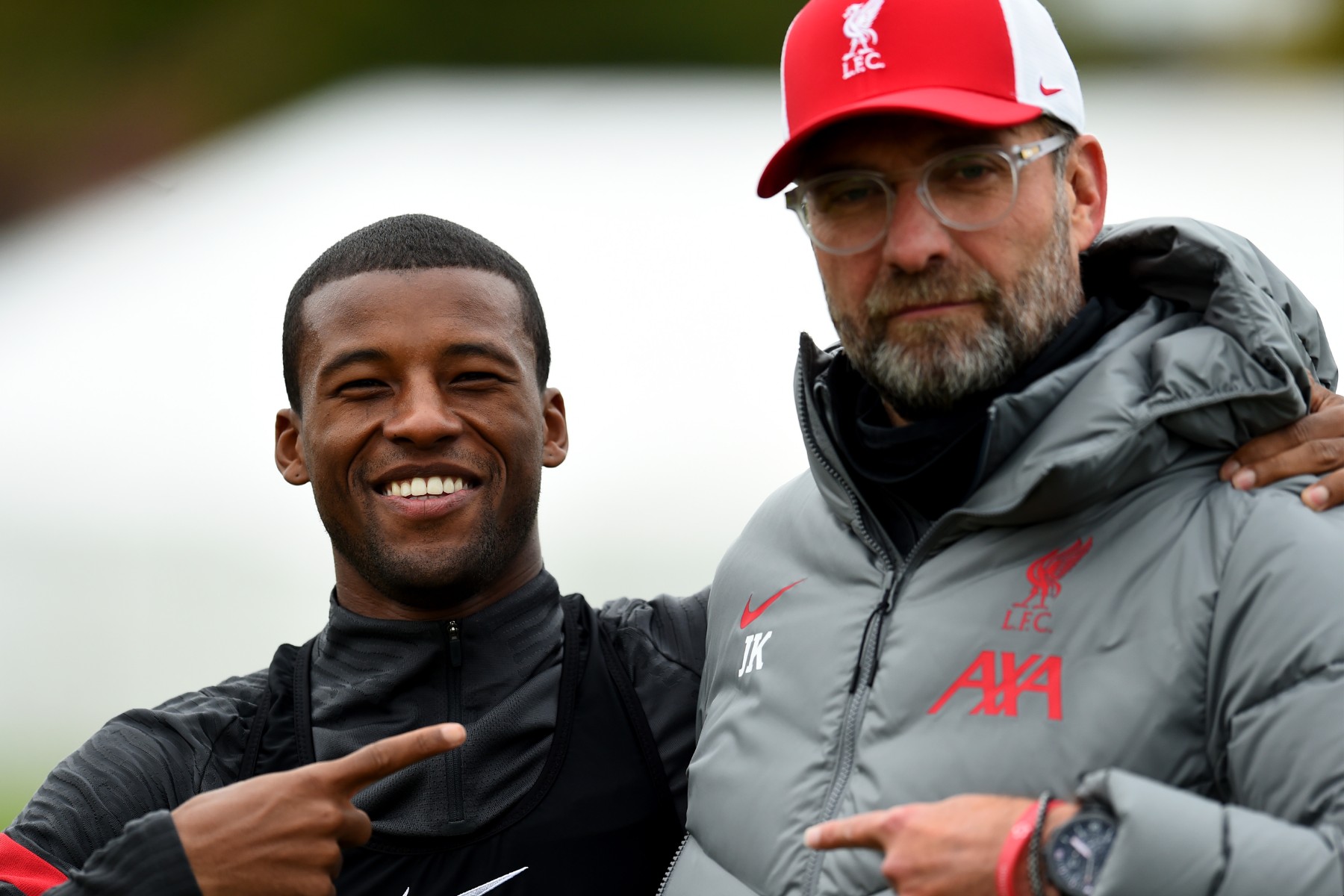 How much do you think your game has improved during your time here?

A lot because when I came here, I think even before I spoke with the manager to join Liverpool, I was more busy as an attacking midfielder than anything and he said to me, ‘You can do more than only attacking, you can be more of an all-round midfielder than you are right now, you can be a much better midfielder than you are right now.’ And since I joined the club he was busy with me trying to improve my game and I have to say I am quite all-round, right now, as a midfielder. The only thing that I have to add to my game is scoring more goals here at Liverpool because I did it at Newcastle, I do it in the national team. I have to say that the positions I played in at Newcastle and for the national team are more attacking midfield and here I am more a box-to-box midfielder so in that way I already improved to be more all-round. But to make it complete is to score goals, then you are an all-round midfielder who scores goals. So there are plenty of things that I can improve.

Does it annoy you that you don’t score as often for your club as you do for your country, or do you accept it because you play a different role here?

Of course it annoys me because you want to help the team, to help Liverpool, as much as I help the national team with scoring goals. But of course there are a few differences: in the national team I play as an attacking midfielder so I come more in front of the goal, but here we work on it also and hopefully I can add that to my game also - and sooner rather than later!

On Burnley, then: how do you view the challenge they will provide on Thursday?

It’s very tight at the top of the table. Does the Reds’ experience of title races give you an advantage over some of your competitors in terms of dealing with the pressure?

Well, we just have to show that we can deal with it. I don’t think the past will help you 100 per cent, we still have to show that we can deal with the pressure, to deal with being at the top of the table. We just have to put the pressure on all the other teams by winning games and then we will see who can handle the pressure and who can’t. Even though we know how it is to be there, we still have to work hard to stay there and even come in first place again. So you cannot rely on what happened in the past. It is a new year, a new situation, the competition is another competition… so we all have to deal with that and at the end we will see who deals the best with it.