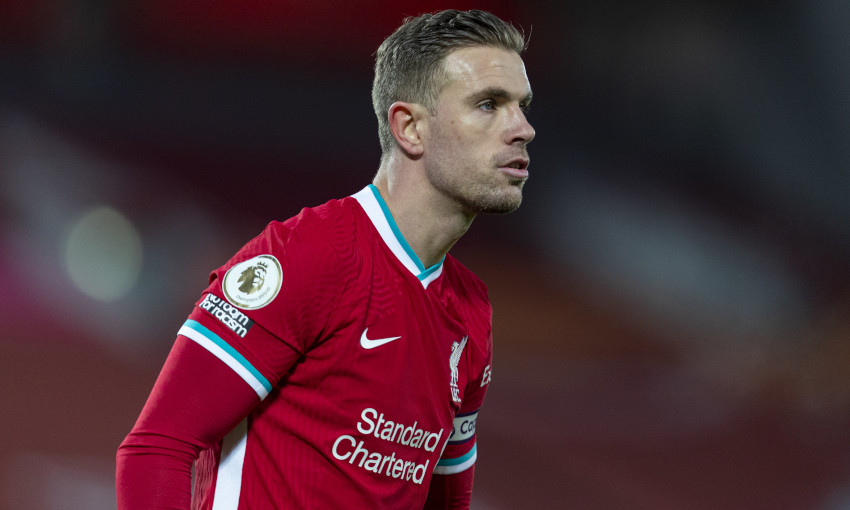 Jordan Henderson has stressed the need for every member of the Liverpool squad to contribute goals and get the side scoring regularly as soon as possible.

The Reds drew a blank for the third successive Premier League game as they played out a 0-0 with current leaders Manchester United at Anfield on Sunday.

Henderson admitted his team must quickly put an end to their frustrating run in front of goal, describing the task as a collective responsibility – not just for the attackers.

“Well, we need to score goals to win games,” the captain told Liverpoolfc.com during his post-match assessment. “And I’m not talking just about the front three, by the way.

“I’m talking about everyone: midfielders, full-backs getting into the box, set-pieces. Everybody can chip in. We need to start doing that quickly.

“Like I say, just that little bit of luck dropping to someone or ricocheting off someone and going in, because we had good enough chances to win the game.

“But, performance level I think we can be pleased with. I think we gave everything to try to win the game but, unfortunately, just couldn’t find that goal. Which we find ourselves keeping saying that over the last few weeks. That needs to change quickly.”

Liverpool will not have to wait long to try to achieve that objective, with Burnley set to visit Anfield in the Premier League on Thursday before an FA Cup fourth-round tie at United.

Asked specifically what needs to improve to turn performances into victories again, Henderson said: “The performance again today was very good, we worked hard and kept going right until the end, kept pushing.

“Sometimes it can happen in football, you just can’t quite find that goal or the last pass in the final third. We’re all human, you know – you can see when we miss chances, we’re a little bit down confidence-wise but then we need to keep going to try to find that goal really.

“We’ve just got to keep working hard and not think about it too much, because the quality we possess going forward is frightening. So it’s not quality, we just need to change our mentality a little bit and make sure we’re ruthless when we come in front of goal.

“And, like I say, that’s not just the front three, that’s everybody that gets into the box and gets the opportunity to score. Which we haven’t said for a long time, to be honest – we’ve scored a lot of goals.

“That’s one thing we need to change quickly because today, defending-wise, everybody throughout the team defended really well. I thought some of the football was outstanding and we played some great stuff. It’s just that last little bit.

“Still plenty of games to go and we need to keep pushing right until the end.”

With Joel Matip still completing his recovery from an adductor injury, Henderson continued in central defence alongside Fabinho against United.

And the skipper considered the clean sheet a positive to take from the stalemate.

“Fab has been outstanding there for the majority of the season, to be fair,” he said. “I thought we defended quite well as a team.

“United are dangerous on the counter and dangerous in the final third with the players they’ve got. They had one or two chances but I thought we limited that and defended pretty well for the majority of the game. We’ve got to be pleased in that sense.” 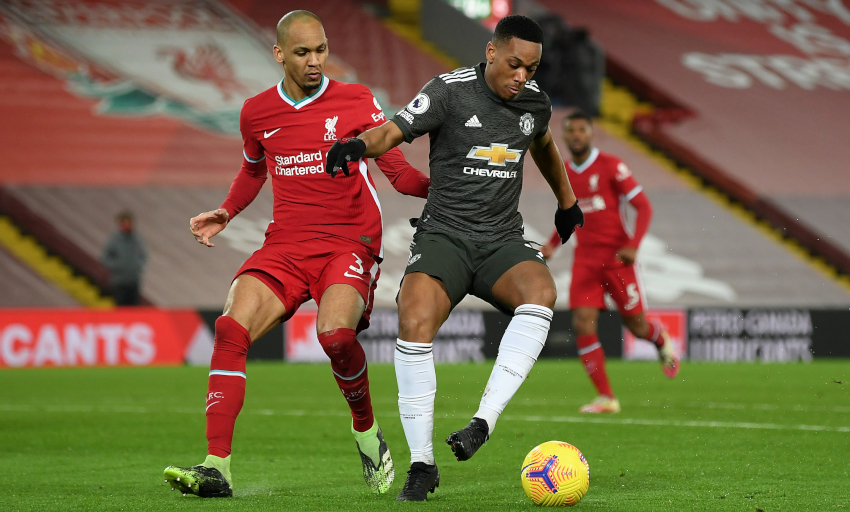 They were indebted, however, to Alisson Becker for two outstanding and vitally important saves to deny the visitors a breakthrough in the second half.

Shortly after thwarting Bruno Fernandes from close range with his foot, Alisson blocked a Paul Pogba blast inside the box that could have given United three points.

“He makes big saves, he has done for a long time,” Henderson said of the Brazilian. “That’s what we need him for and he stepped up to the plate again and kept us that clean sheet.”