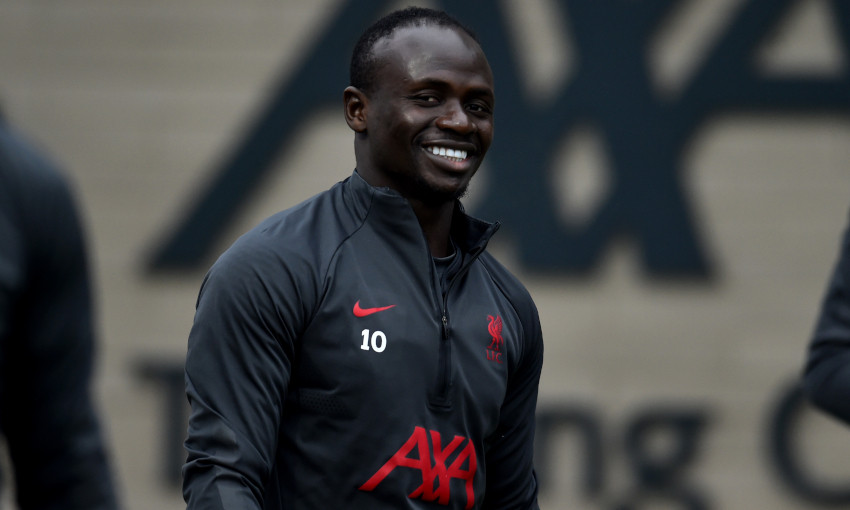 Liverpool will 'do everything possible' to return to winning ways in the Premier League when they host leaders Manchester United on Sunday, Sadio Mane insists.

The Reds have picked up just one point from their last three outings in the division after draws with West Bromwich Albion and Newcastle United preceded a defeat at Southampton.

However, Mane is confident the champions can brush off those disappointments by producing a performance closer to the levels they’ve generated so consistently in recent seasons.

The No.10 sat down with Liverpoolfc.com at the AXA Training Centre to preview Sunday’s Anfield encounter, as well as discussing his own form so far this term.

Mane also explained why he’s been so impressed by Thiago Alcantara’s impact on the side and why he’ll be sticking with his recent goal celebration.

Read on for our chat with the Senegal forward in full…

Sadio, firstly, just to check on the back issue you seemed to pick up at Villa – how is that? We’ve seen you in training this week, so I assume it’s fine?

Yeah, it was just a knock and when I got it, it took a few minutes to settle down. It was like a dead leg, but on my hip – not my back. After the game, I put an ice pack on it and it was fine. I am completely fine and looking forward.

Looking ahead to Sunday, how determined are the players to return to winning ways after three games without a win in the league?

It was a few difficult weeks for us, which was complicated for everyone in the dressing room. But as we’ve always said, it’s part of football – you have to deal with it and try to get back to winning ways, which for us is normal. We are fighting every single day at the training ground to be consistent each week on the pitch. Now I think we are looking forward to the game, which’ll be a tough one. But we’re looking forward to it and will do everything possible to try to win it.

How have you looked to address that form as a team? Is it on the training pitch? Is that how you fix it?

Yes, everything starts at the training ground. At the training ground you have to show all the things like desire, attitude and all of these things, then in the game you can see it. The difficult moment has happened, it was not the first time for us, but we are more mature and we know these kind of things [can happen]. It is behind us and, as I said, now we’re looking forward to the Manchester United game.

We’ll have had nine days between games going into Sunday. It’s quite rare this season…

I would say it was good for us because we are up there in the league. I don’t think it’s a big deal because we’ve played many games, so having a rest I think will be advantageous – not disadvantageous – even though we know sometimes you want to be in a rhythm. It is not a problem, we are already in the rhythm – even when we played in the league at the start of the season, I think we were still in the rhythm. We have fresh legs and we will see if we can use these days off we had and try to be more than 100 [per cent] on the pitch.

It’s the start of a big run of games, though – United, Burnley, United, Tottenham… is that the kind of sequence you enjoy as a player?

Yes, sure. First of all, we enjoyed our days off but from now – from Sunday – there will be many games. Sometimes it is good to have games every three days because it’s the sign of a big team, which I think we are, for sure! We are going to do everything possible to get the maximum points we can collect without making pressure for ourselves. For sure, we will take it game by game and we will see what is going to happen, but we will do everything possible [to win].

There’s a lot of talk in the media surrounding our clash with Manchester United. We go into Sunday three points behind them at the top. How significant could this game be in the outcome of the season?

They are doing well and they are a good team – a very good team. It is another test for us to see what we can achieve. Like I’ve said in the past years, for sure we want to win the league – and if we want to win the league, we have to beat the best. Manchester United are one of them. It’s an exciting game, I think everybody is excited about the game – we are also. These kind of games, we are really, really, really looking forward to. I think it’ll be exciting for everyone.

What have you made of United’s form this season and what makes them such a threat?

Like I always say, I don’t like to talk about our opponents. All that I can say is I want to get the maximum points we can. They are better this year and that’s what I can say about United. The rest, we will see on the pitch. We do not fear any team in the league, we are capable of beating any team. We are Liverpool and we will do everything possible within our massive stadium to win the game.

Just in terms of your own form, you have nine goals so far this season. How do you assess how you’ve performed so far?

I think as a striker you would always love to score more goals. But goals are not a big deal [for me] because I would sooner we win as a team. That’s more important. But for myself, I will work harder and harder to get more goals this season than last year to help the team and try to win the league, which is our big target.

We’ve seen you do a very special celebration recently too… tell us about why it was important for you to do that for Lee.

I think everybody saw my interview with Lee and it was amazing. If everybody tried to do these small things, which are sometimes really important, I think we could make the world better. For me, I said to him that I would promise to make this celebration after scoring a goal, so now he had to show me which one he wanted. He told me, so I told him I would do it – and I will try to keep doing it until the end of the year. This year, I think it is Lee’s celebration!

Just a word on Thiago, who is playing regularly now after injury. How much are you enjoying playing with him?

I always said Thiago is one of the best in his position in the world, for sure. He was unlucky with the injury, but now he is coming back. It is not easy to come back from an injury and be 100 per cent on the pitch, but you can see Thiago [and his quality]. From his first game I was impressed because I didn’t think he would be that impressive on the pitch! It is coming slowly, slowly and I think he is reaching his best level, which is very good for us and for Liverpool Football Club. I can’t wait. 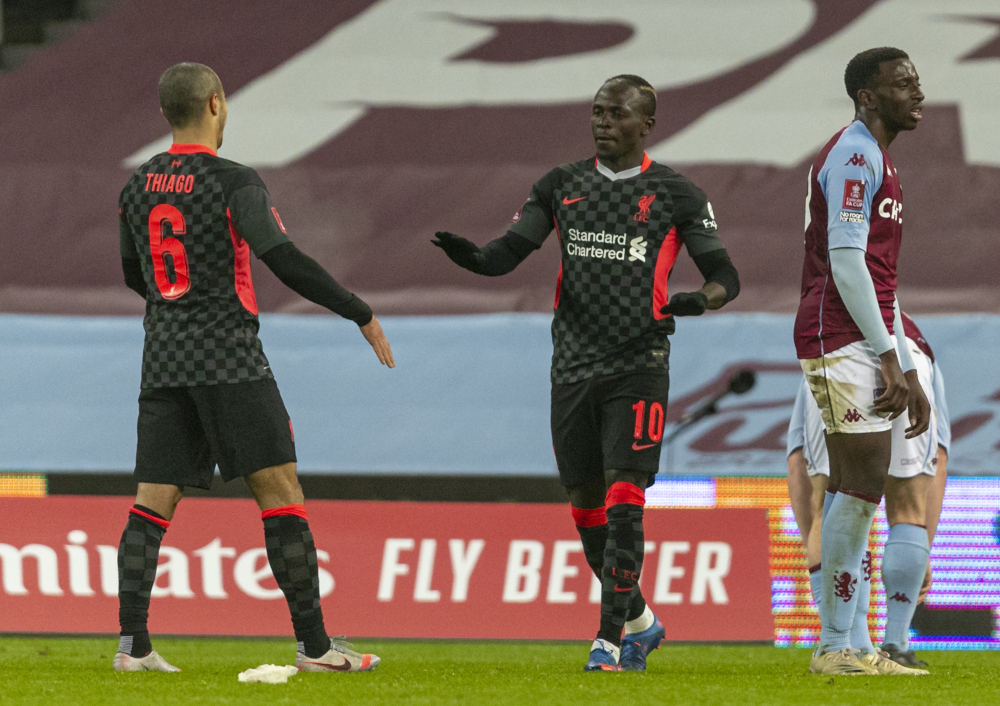 Does having a player like Thiago behind you with his passing ability mean it’s different for you on the wing because you know he can pick you out?

Yes, sure. We have many great players in midfield and Thiago is one of them. He has this quality of pass, which is another advantage for our front three because we can see how good he is in passing. I think this makes the team even better. We are looking forward to seeing more of this – his magic! – to help the team together.

As you mention, there is some really good competition for places in this squad; how important is that moving forward into the second half of the season?