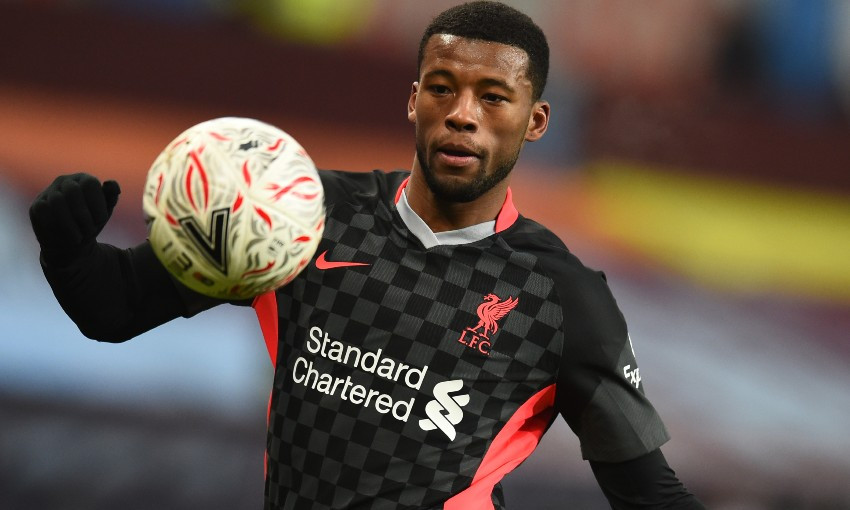 Georginio Wijnaldum is eager to add the FA Cup to his list of Liverpool honours.

The Dutchman has already won the Premier League, Champions League, FIFA Club World Cup and UEFA Super Cup during his time at Anfield.

And, after scoring in Friday night’s 4-1 third-round win over a youthful Aston Villa team, he outlined the desire within Jürgen Klopp’s squad to become the first Reds team since 2006 to lift the FA Cup.

“We said at the beginning of the season that we wanted to play for everything,” Wijnaldum told Liverpoolfc.com.

“Of course it’s difficult to play everything with your strongest team because during the season you play so many games, especially now, and you have to rotate a lot.

“But I think we did well [against Villa] and hopefully we can do well in the next round because this is a competition we also want to win. We have won a lot but the FA Cup we haven’t won, so we want to do it.”

A COVID-19 outbreak in Villa’s first-team group meant that the Midlands club fielded a side of academy players at Villa Park, with Wijnaldum explaining why that presented an unusual challenge for the visitors.

“It is difficult… it’s a really difficult match to play because everyone from outside just expects us to win this game with a lot of goals,” the No.5 said.

“That’s not that easy and also because you are playing against a team that has nothing to lose and are just going to give it everything, they have to make it as difficult as possible for us.

“We are aware we played against an U23s side but it is a difficult one. I think everyone in our team preferred to play their first team but because of the circumstances it was not possible.”

On to the next round of the #FACup ✊🏾Happy to contribute with a goal 🔴 Wish all ill players of @AVFCOfficial get… https://t.co/WQKO6i3vnf

Wijnaldum was joined on the scoresheet by Sadio Mane, who netted twice, and Mohamed Salah as the Reds ended a two-game run without a goal.

“You know these things can happen,” the midfielder noted of their previous attacking struggles.

“Everyone is used to seeing us creating a lot of chances and scoring a lot of goals, especially also because against Crystal Palace we scored seven goals, so it’s quite normal for people. 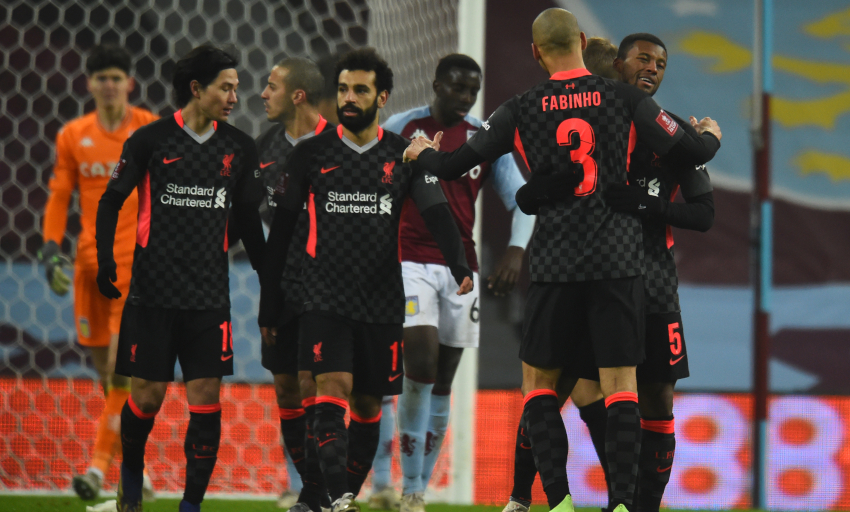 Klopp’s men appeared to be on course for a comfortable 90 minutes following Mane’s early opener at Villa Park, but their young opponents responded well and went in all square at the break thanks to Louie Barry’s equaliser.

Liverpool’s experience, physicality and class told after the interval, though, with Wijnaldum’s precise strike quickly followed by smart finishes from Mane and Salah.

“We stayed calm and we stayed calm in the dressing room,” the Netherlands international stated of the side’s reaction to Barry’s leveller.

“We said we shouldn’t go crazy and shouldn’t lose confidence because for the first half an hour we did quite well and created chances but we didn’t score them. After that the counter-press was not that good so I think it was a deserved goal from them because we didn’t defend it well.

“That’s what you get in football, because when you don’t defend well then the other team, especially with their quality, can create chances and that’s what happened and they scored a goal.

“There’s a lot of things that can happen against any team so that’s what we said at half-time and we just changed a few things around.”