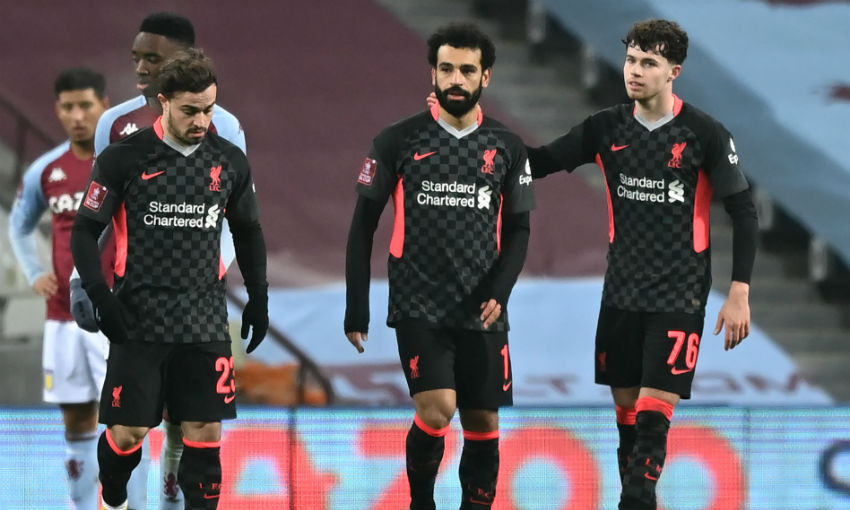 Neco Williams is hoping Friday's win at Aston Villa was the start of a prosperous journey for Liverpool in this year's FA Cup.

The Reds advanced to the fourth round of the competition by putting four goals past a youthful Villa side away from home.

With Jürgen Klopp's men having now confirmed their spot in Monday's draw, Williams is eyeing up more victories and opportunities in the tournament.

The full-back told Liverpoolfc.com: "I think the more rounds we go through the FA Cup then hopefully the more game time I can get.

"The FA Cup is not a cup we have done that well in, so I think this year we are looking forward to pushing on and to get to the final and hopefully win it.

"It's always good to score goals and that just gives the lads who scored the confidence to go and do that in the next game, keep adding them goals to the charts.

"The more clinical they are, the more goals they are going to get. So it was good for the lads."

Liverpool were made to work hard for the victory by the Midlands club, who were without their first team due to a COVID-19 outbreak.

Louie Barry's goal for Villa made it 1-1 prior to half-time before the visitors stepped up a gear and netted through Georginio Wijnaldum, Sadio Mane and Mohamed Salah in a five-minute spell.

Everyone at @AVFCOfficial should be extremely proud of tonight’s performance. A great effort in tough circumstances… https://t.co/ny0SvTJLJT

Paying tribute to Villa's youngsters, Williams said: "I think if I was a young lad or I hadn't yet made my debut, the first thing I would want to do is make an impression and to give everything that I have got.

"And to be fair to their lads, they did what they were told to do and they gave us a good game.

"In the first half I thought they defended very well but in the second half you could see they were tired and starting to get fatigued and that's where we started to dominate the game.

"When we went in at half-time, we said to ourselves we need to be more clinical and we need to finish these chances off.

"Luckily the lads took their chances and we were clinical in the second half and we put the chances away."