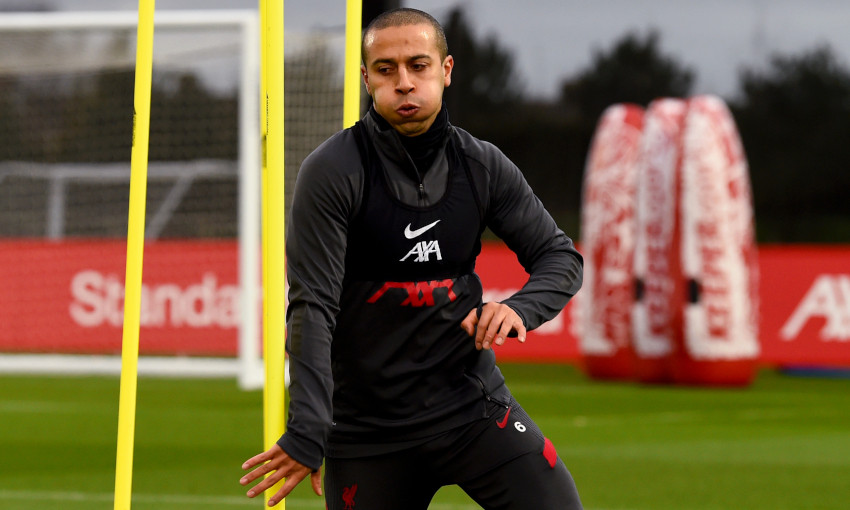 The midfielder has not figured since sustaining a knee injury during the draw with Everton on October 17.

However, Thiago was pictured running at the AXA Training Centre on Thursday as he continues his rehabilitation programme with the club’s medical team and later told Liverpoolfc.com he was taking his recovery 'step by step'.

Asked during his pre-Crystal Palace press conference on Friday morning if the No.6 was eager to return as soon as possible, Klopp said: “He is, he is. We already made jokes here; I said, ‘I think we should sign Thiago for January!'

“He gets closer and closer and he is in a good way, but we will not rush it, we cannot rush it and he will not [either] because he is not allowed to rush it. Of course, it’s nice having him on the pitch, training, doing a lot of stuff, but he is not in team training yet and that's actually the final step.

“We will see how this weekend looks with him on the pitch and then next week [see if he] can be in team training. I don’t know in the moment 100 per cent. There are a few tests, he has to pass a few tests on the pitch until we make that decision.

“That’s not only for him the case. With Millie it will be similar, with Shaq it will be similar… if I forgot somebody it’s not because I am disrespectful, it’s just a lot of players are injured in the moment."