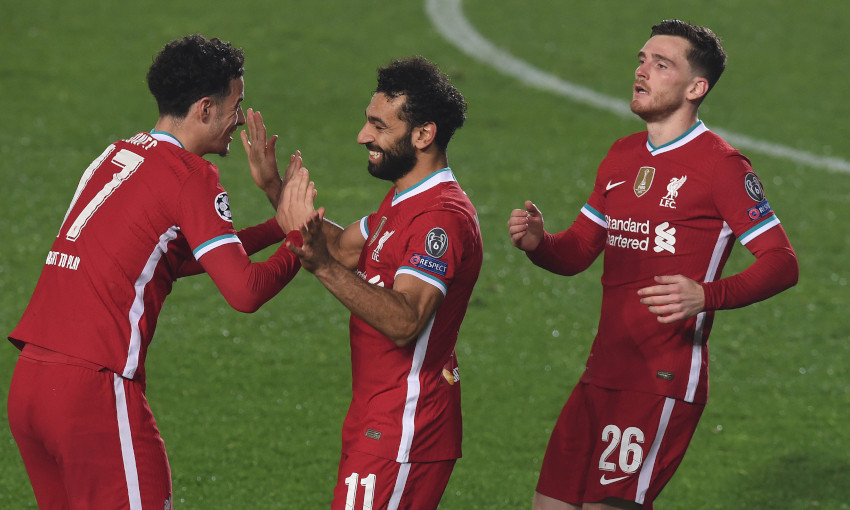 Mohamed Salah has claimed Liverpool's Goal of the Month award for the third time in a row this season.

The Egypt international topped the Liverpoolfc.com poll for November’s best Reds strike for his outstanding dribble and curled finish in the 5-0 Champions League win at Atalanta BC.

It follows up his Goal of the Month successes in September and October for efforts against Leeds United and Everton respectively.

Diogo Jota competed the top five by himself with his second strike of a hat-trick at Atalanta (third), Leicester City header (fourth) and Brighton & Hove Albion slalom (fifth).