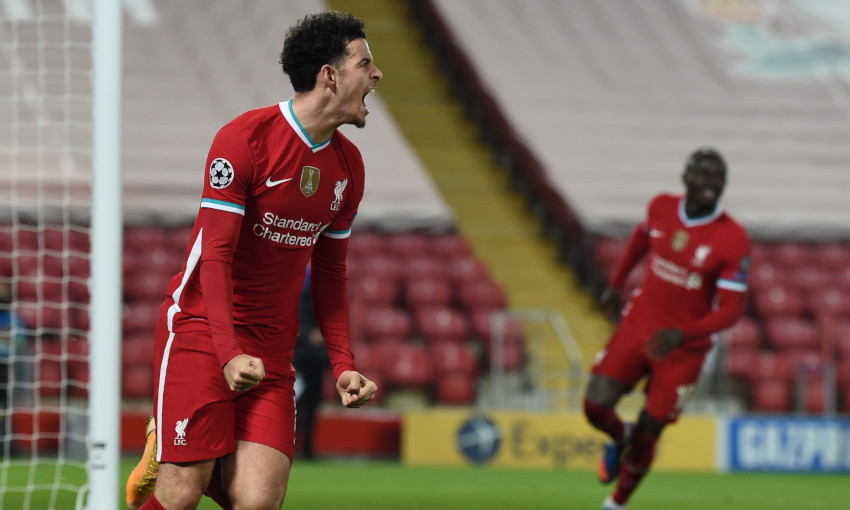 Pepijn Lijnders has highlighted the role Liverpool's squad have played in aiding the progress of Curtis Jones this season.

Academy graduate Jones has been named on the matchday teamsheet for every single fixture so far this term and made nine starts, including four in the Champions League.

During the second part of our interview with assistant manager Lijnders this week, he discussed Jones’ development as well as the achievement of qualifying for the Champions League last 16 for the fourth year in a row.

The Dutchman also detailed the satisfaction Liverpool are taking from seeing Harvey Elliott thrive since moving to Blackburn Rovers on loan earlier in the campaign.

Liverpool have secured qualification for the Champions League last 16 for a fourth successive season – that’s something worth taking a moment to acknowledge, isn’t it?

Yeah, again compliments for the structure I think. If you look where we came from and where we are now, the stability inside this club with the sporting director, the owners, with Jürgen – as the main – and with the Academy, with the vision, with the ideas, with a clear identity of play, that makes it stable. I always believe that a strong culture and a clear collective idea helps so many things inside of a club because that’s the basics that hold us all and why we make decisions in a certain way. Then you always have the icing on the cake, these players on top or the Champions League.

You were talking earlier in the season about the young players in the squad and how they shouldn’t be considered as just ‘talents’ anymore. Is Curtis a perfect example of that message? He has been in every single matchday squad this season and is performing at such a high level…

He’s a physical machine! Really good, another step for his development. He deserved this chance and not only a chance, I mean he deserved this repetition of games. He gives this team so much risk and again, an example was Ajax. He’s a midfielder but is always the first one who arrives in the box or the first one who takes a shot – Ajax was the same, the first two shots were Curtis. He has this great technical ability, of course, where he can make things look much easier than for others, but he fits in our team as no-one else because he’s a physical machine. Great, another step, great commitment to show that we want to bring our own players.

I like it so much that players who are with us from such a young age can fulfil their dreams inside our club and we have this inside pathway where we can bring these players immediately. But don’t forget, he can only flourish because the big trees are protecting him constantly for the last years; now probably one tree falls down and this young tree grows up and he can deal with the wind because he had time to grow, grow, grow inside our forest, if you want to use that as a symbol. Really, really happy with him, he’s a great boy to work with. I said many times, you cannot find more passion and ambition than a Scouse player. We need more of them.

Finally, you’ll also be keeping an eye on someone who isn’t with you at the moment – Harvey Elliott. He has made 12 starts, scored three goals and got four assists with Blackburn Rovers already. It was an interesting decision for him to go out on loan but it’s working perfectly for everyone?

I miss him! I would have loved to continue working with him, but it’s a good decision of course because he can play many games and he can show what he’s really about. I think he’s doing that, he’s impressing everyone. For us and for me, it’s not a surprise – if that’s here, there or wherever, he will surprise and show what he can bring. It says a lot that he didn’t need a lot of time to adapt because he has this overview, this technical level, this maturity for his age is unbelievable. At the same time, the constant threat of the final pass and the dribble and the shot. We miss him, to be honest, we really miss him. We wish he were here with us.