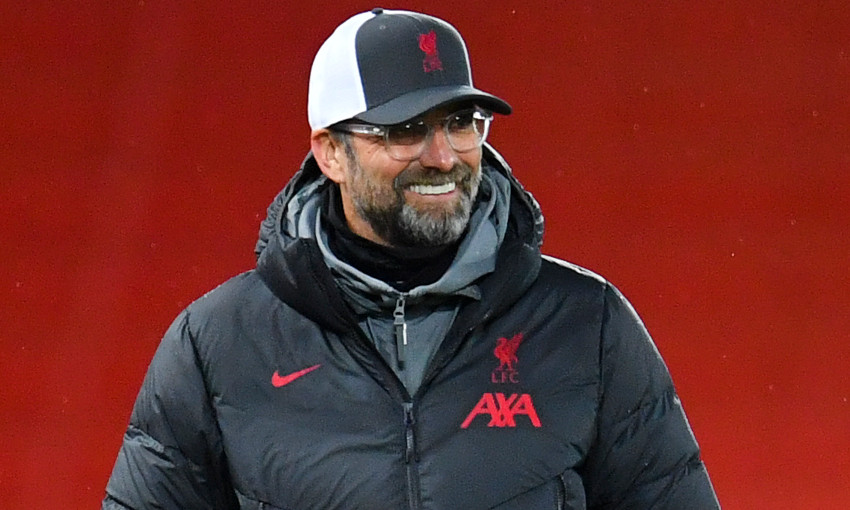 Jürgen Klopp is looking forward to the return of fans to Anfield on Sunday and believes the 2,000 in attendance can have a positive impact on Liverpool’s clash with Wolverhampton Wanderers.

The Reds will play in front of supporters for the first time since March 11 this weekend after games were forced to be contested behind closed doors due to the COVID-19 pandemic.

Sunday will see the first step taken towards venues being allowed to return to full capacity when 2,000 fans will be present at Anfield having been successful in a ticket ballot earlier this week.

“I hope it will be a great experience for all of us, but I don’t know,” Klopp said in his pre-Wolves press conference on Friday afternoon.

“As I said before, as a player I played very often in front of 2,000 people, they were not always in the best mood, to be honest! 2,000 people can create a bad mood, I remember that very well.

“After that long break, I think our fans will be in the best possible shape. As we’ve always said, when you go to Anfield it is not important how many [of] you there are, it’s all about how big your influence will be.

“I hope 2,000 people can be really influential, that they really help. First and foremost, they have to enjoy the game. I don’t hope that if they see the first pass that will not arrive from player A to player B that they think, ‘Oh my god, again!’ and stuff like this - they just should be happy that they are in the stadium again. I’m very happy that we have them there and let’s make the best of it.”

The coronavirus pandemic has meant Liverpool’s last 27 competitive matches have been played out behind closed doors.

Klopp admits the absence of fans has been felt by the Reds’ squad, but explained how it’s a situation they have had to learn to deal with.

“Everything has been more difficult without the fans, absolutely everything,” said the boss. “But from a specific moment on we didn’t think about it anymore because you cannot change it so it makes no sense if you always go into an empty stadium and you think, ‘Oh my god, still empty.’

“Now we have a few back, which is really nice and it’s really nice for the people. Congratulations to all the 2,000 people who will get the opportunity to come. It is very important for the clubs as well because it gives us the chance to show we can deal with it and maybe in a month or two we can bring more people in, all these kind of things - it is very, very important, but it is nothing to do with us.

For the 2,000 present at Anfield on Sunday, excitement levels will, understandably, be high, with some comparing it to attending a match for the very first time all over again.

Asked for his first memory of going to a game, Klopp recalled: “I watched my local team as often as possible but that was a non-league team. My first professional football match I watched was 100 per cent at Stuttgart.

“I was a little kid and my granny made me a jumper which looked like the match kit of Stuttgart. It was a bit itchy but is still the nicest jumper I ever had in my life! I have memories but I can’t remember the game or the opponent, to be honest, but I was only five or six years old so it is really long ago.

“I can remember the excitement because I couldn’t go very often because I played myself and for other reasons, but when it was possible I was excited three or four or five days before and spoke about it for the next four weeks! I was a good supporter, I enjoyed the game. I was never angry in the stadium, I remember that.”