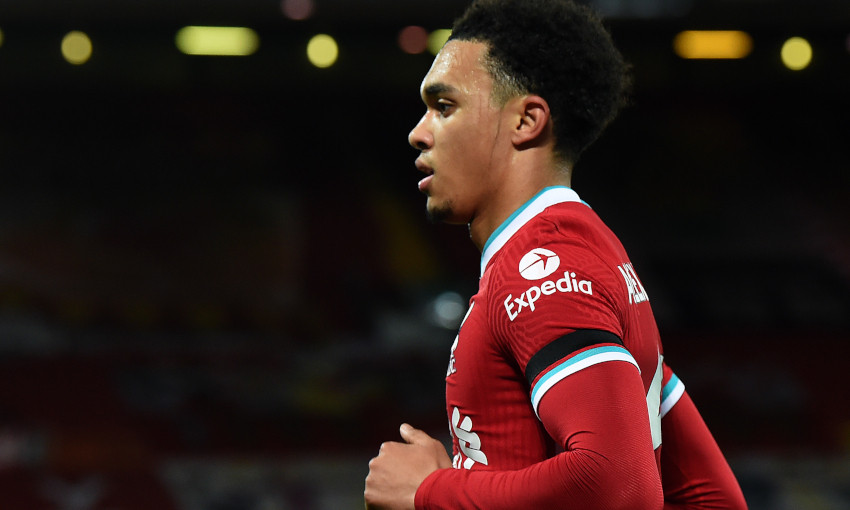 Jürgen Klopp has confirmed Trent Alexander-Arnold and Naby Keita are set to join their teammates in Friday afternoon’s session at the AXA Training Centre.

Alexander-Arnold has not figured since the draw at Manchester City on November 8, while Keita limped out of Liverpool’s win over Leicester City just under a fortnight ago.

However, the pair will participate in today’s training and could come into contention for Sunday’s Anfield fixture with Wolverhampton Wanderers.

Asked during his pre-match press conference if any players were on the verge of a return, Klopp said: “I don’t know yet, we will see. Trent and Naby will do the first steps in team training today; whatever we can do with that depends on how it looks.

“Apart from Naby and Trent, nobody is coming back, no.”

Meanwhile, Klopp revealed Alex Oxlade-Chamberlain is closing in on a return to action.

The midfielder has yet to feature in 2020-21 due to a knee injury sustained at the pre-season training camp in Austria.

The boss said: “Ox looks really promising, he is doing a lot of stuff. He is warming up with the team now, some ball work, a lot of stuff, but we will develop that now over the next few days.

“Then we will see from which moment on it makes sense to throw him in. He is not too far away.”