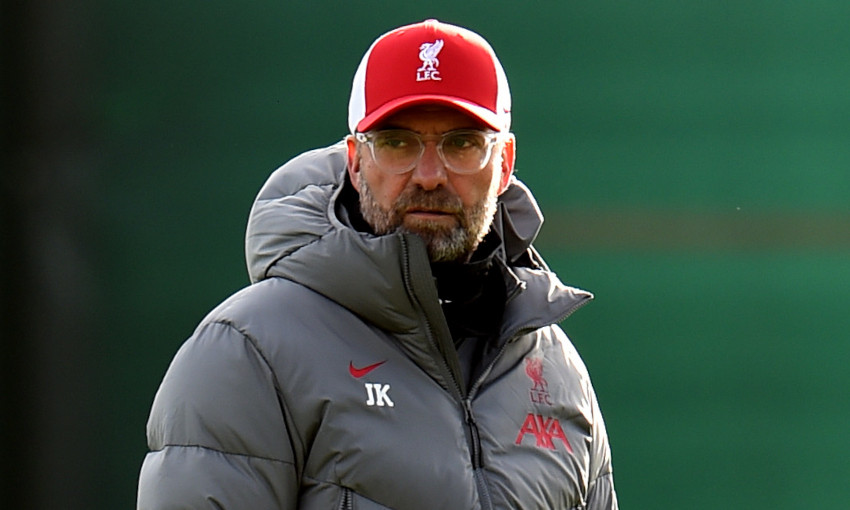 Jürgen Klopp is confident the mentality of his Liverpool squad will see them pull together and overcome the injury issues they're currently facing.

A host of senior stars are currently sidelined due to respective fitness problems, with Jordan Henderson the latest player to be ruled out of Sunday’s Anfield clash with Leicester City.

However, Klopp explained the Reds won’t be feeling sorry for themselves and will instead be ready to ‘fight with all we have’ in the forthcoming fixtures.

“We are a unit – a proper, proper unit – and the more problems we have, the closer we stick together,” the manager stated. “It was always like this and will always be like this at this club.

“We don’t go for excuses, we have the situation we have, we don’t like the injuries we have because it is really hard for the boys who have the injuries, but all the rest is working on solutions. That’s what we always do.

“We have solutions in our mind; maybe we think we have the worst situation possible, but the season is long and we have only played eight games, so there will be a lot of problems. I have always said, whoever deals best with the problems in front of them has a chance to be really successful. That’s what we try to be.”

Klopp added: “I don’t think my players have to prove anything. We always deal with difficult situations really well. We will fight with all we have and that means if the problems become bigger, you get closer to each other and then you still fight.

“If somebody thinks we will give up just before the game just because some of our best players – our very, very important players – are not available in the moment for a long, long time, then I cannot help them. We will not do that, we just have to accept the situation and use the situation. That’s how it always is in life – and that’s how it is in our situation.”

Liverpool’s defensive ranks are currently the area worst affected by the injury list, with Virgil van Dijk and Joe Gomez both having undergone surgery and Trent Alexander-Arnold also set to sit out the encounter with Leicester.

Asked how the Reds can cope with the current situation, Klopp explained: “Taking it by game by game. It doesn’t work in a different way because if you think about the next game before you play the game in front of you then you will have no chance in that game. It makes no sense, then you will have completely different problems a few days later. It is just game by game and that’ll never change.

“There’s no season when you have no problem with injuries, it is always the same, but in our situation is it slightly different that a lot of players in the same position have gotten injured – seriously injured – and that makes it tricky, of course.

“Nobody here feels at all any kind of self-pity or whatever; we don’t feel sorry for ourselves. It is the situation and in the moment when you get the information then it’s a moment when it hits you, but a minute later you are already in the solution process.

“We are very long in that already, so now we have players available – and I’ve always said, as long as we can field 11 players then we will fight for the three points. We can and we will line up 11 players, I can promise that at least for Sunday, and then we will fight with all we have.”